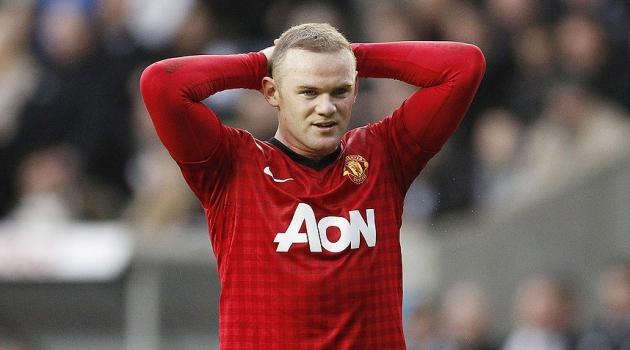 Arsene Wenger admitted he would be keen to bring Manchester United striker Wayne Rooney to Arsenal.

Arsene Wenger has admitted he would be keen to bring Manchester United striker Wayne Rooney to Arsenal over the summer as he looks to shape a squad capable of challenging for the Premier League title again.

The Gunners boss has been under pressure in recent seasons due to his failure to lift any silverware since 2005’s FA Cup.

However, he will have been buoyed by the Gunners’ end-of-season form which saw them secure Champions League football for a 16th successive campaign, finishing last term in fourth place and one point clear of arch-rivals Spurs.

Rooney finished the campaign with a league winner?s medal at United but seemingly fell down the pecking order at Old Trafford following the arrival and subsequent impact of former Arsenal captain Robin van Persie.

The England international’s future at Old Trafford has come under the microscope since he was left out of the starting XI which faced Real Madrid in the Champions League on March 5.

Rooney played no part in the final two matches of the season and it later emerged he had handed in another transfer request which was rejected by the club.

David Moyes has now taken over the reins at Old Trafford following Sir Alex Ferguson’s retirement and his first duty will be to sort out the future of the former Evertonian.

Whether Rooney stays or departs remains up in the air, but there will surely be no shortage of suitors should he become available, and Wenger has admitted he is one of them.

“Rooney could be an interesting player for everybody in the world, who would turn him down?” Wenger told Al Jazeera.

“David Moyes’ first challenge is to go in to Manchester and bridge the gap between him and Rooney. If that is feasible or not depends on his personality, and if Rooney bears a grudge or not, we will see.

“It will be interesting to see how that will be handled.”

Wenger has reportedly been handed a war chest in the region of £70m to help turn the Gunners into a force in the Premier League so there is sure to be plenty of activity and speculation surrounding the Emirates in the coming months.