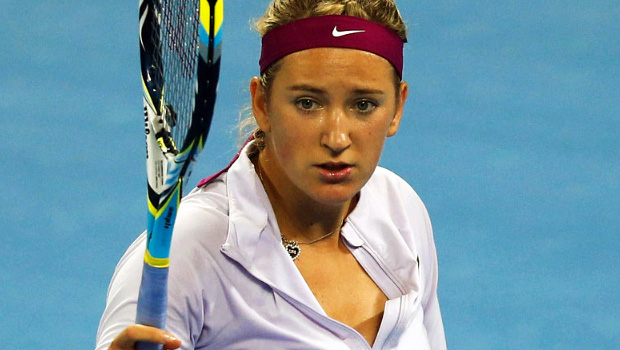 World number two Victoria Azarenka has been knocked out of the China Open in the first round by Germany’s Andrea Petkovic.

Azarenka, also seeded number two for the tournament in Beijing, never played with enough consistency to master an opponent who has yet to win a WTA title but who raised her game to prevail 6-4 2-6 6-4.

It was Petkovic who took the initiative, going a set and a break up at 2-1 before Azarenka fought back to level. The pair were then locked together at 4-4 before Petkovic finished the stronger to see out a match that lasted two hours and 22 minutes.

Petkovic was understandably pleased with her effort in ousting one of the best players in the world.

“I’m very happy with my performance,” she said.

“I was happy with my movement and my serve for the most part, and I managed to get a lot of balls back very deep and very strong.

“Parts of the match were a really, really good level – some parts I lost a bit of energy, but overall I’m very happy.

“I don’t know, it’s just a tournament that goes with my play somehow!”

Petkovic made her only WTA tour final appearance in this event in 2011, losing to Agnieska Radwanska, and, at the age of 26, will not get too many opportunities to go all the way. If she is to progress, the German must now get past the tournament’s only dual champion Svetlana Kuznetsova.

Petkovic will know what to expect from the other side of the court and she added: “I’ve played her a lot of times, three or four times maybe, and I’ve had some bad losses but some wins also.

“I just have to focus on my performance and hopefully play another good match.”