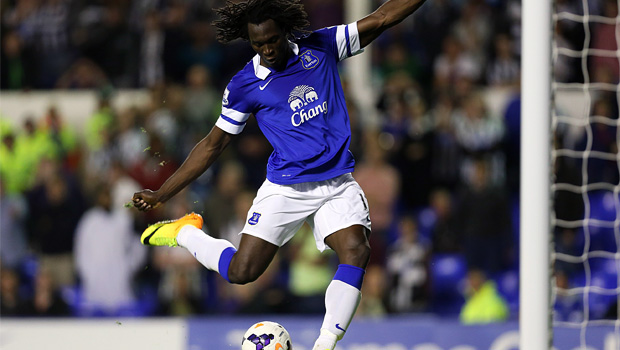 In the end it was the Belgium international’s brace that made the difference between the two sides, although the scoreline barely did justice to the outcome that saw the Toffees stretch their unbeaten run to six matches, their best start for seven years.

Newcastle began like a side that had taken just 16 points from their last 23 away games as the home side tore them apart, and it took Lukaku just five minutes to breach them. He also turned provider for teenage star Ross Barkley after 25 minutes before finishing the Magpies off with his second eight minutes before half-time.

Lukaku also had two more first half conversions disallowed, and has now scored six goals in his last five completed matches. His double at Goodison helped take his current club to fourth in the table over his parent outfit Chelsea, who judging by recent results, could do with him back.

As for Newcastle, the one glimmer of hope came after Alan Pardew had made a couple of substitutions, as one of them, Yohan Cabaye, pulled one back with a superb long range effort. Loic Remy added respectability to the scoreline on 89 minutes, but in truth the visitors were made to look awful.

The night was all about Lukaku though, who at the age of 20 has a very bright future indeed.

“Lukaku is a young man who has everything as a striker,” said Martinez.

“Sometimes you see a number nine who is powerful and has a great physical presence – what Romelu brings is a real awareness around him.

“He is technically really gifted when he has his back to goal and that was a focal point today.

“He is a great goalscorer. He looked like a player who felt at home.

A further test of Lukaku’s ability will come on Saturday when Everton travel along the East Lancs Road to take on Manchester City in the early kick off, while Newcastle stay on the road as they visit Cardiff.