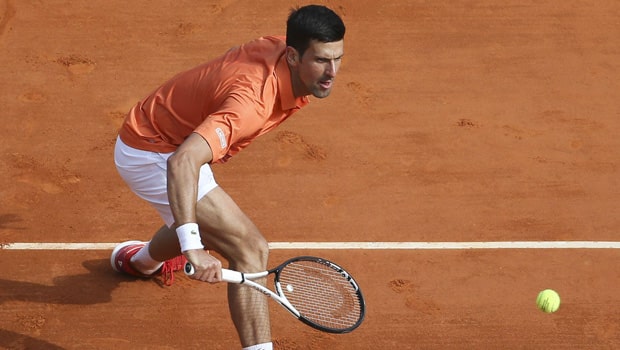 The World no. 1 Novak Djokovic sealed his semifinal spot in the ongoing Serbian Open after he defeated compatriot Miomir Kecmanovic in the third round of the tournament by 4-6, 6-3, 6-3. It was a much better performance from Djokovic after he had won his second-round match against Laslo Djere by 2-6, 7-6, 7-6 after battling for more than 200 minutes on the court.

Djokovic once again lost the opening set of the match but bounced back stronger as he looked more in control in the last two sets. In fact, Djokovic feels the situation was the same as in his second-round game but he felt better thanks to the support he received from his team.

“The scenario was similar to last evening’s match, but I managed to win and qualify for the semis,” Djokovic said in Serbian in his post-match interview. “Thanks to my team, I felt better than last night.”

He added, “It’s a very strange feeling, sharing the court with your compatriots. Obviously, the crowd was phenomenal for both players in yesterday’s match and today. They’re very rare occasions when I’m able to play at home and experience this atmosphere, so I’m trying to enjoy every single moment.”

Meanwhile, Djokovic will look to continue his good form in Belgrade to claim his first title of the season. If the Serbian wins the next two matches, it will definitely do him a world of good after a mixed start to the season.

Djokovic faced two Serbians in the second and third-round matches of the Serbia Open. World no.1 will now face the winner of the third round between Karen Khachanov and Thiago Monteiro.

“I’m very pleased that I’m not going to play a Serbian player,” Djokovic said with a smile. “That’s going to be very nice for a change.”