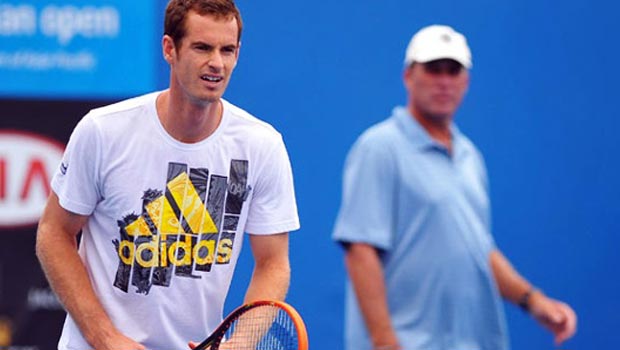 Andy Murray says he will not rush into making a decision about who will succeed Ivan Lendl as his coach.

The successful Murray/Lendl partnership came to an end last Saturday when the pair mutually decided to go their separate ways.

During their two years together, Murray won Wimbledon, the US Open and Olympic gold and admits the break-up was hard to take, so he wants to take stock before deciding on his next move.

“It’s a shame and it’s a tough one for me because it was the best part of my career I had with him, I have a lot to thank him for, he made a huge difference to my game and also to my team,” said the Scot.

Next up for Murray is the defence of his Miami Masters title which begins with a tie against Australian world number 67 Matthew Ebden.

His attention will then turn to Britain’s crunch Davis Cup tie against Italy in Naples which runs from April 4-6 before a break in his schedule gives Murray the opportunity to focus on his coach options.

Australian Darren Cahill and former world number one and seven-time grand slam champion Mats Wilander have been linked with the post,

Murray has hinted that he may steer clear of hiring a former player.

He said: “You don’t want to rush into decisions like this. Often with ex-players the relationship doesn’t tend to last for any long period, more than three or four years, so I need to decide exactly what I want now… if I want to go down that route again or do something a bit different.”

For the time being, Murray is likely to have his hands full in Miami after being ranked eighth for the ATP event. His likely third-round opponent, the talented Feliciano Lopez, could stand in the way of a scheduled quarter-final showdown with Novak Djokovic

Rafael Nadal is back after skipping the tournament last year and a good showing in Miami would extend his lead at the top of the ATP tour rankings.