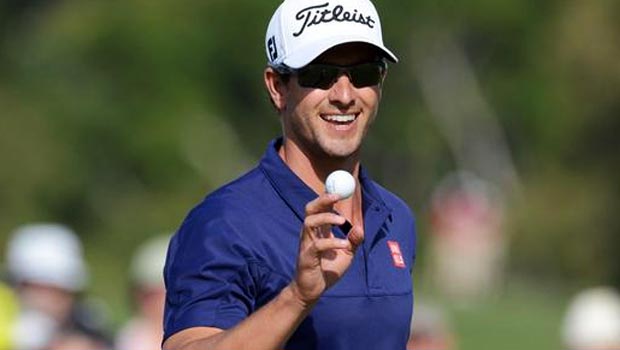 Australian Adam Scott equalled the Bay Hill course record of 62 on Thursday to take a three-shot lead going into the final round of the Arnold Palmer Invitational.

Having been handed an early tee-off time, Scott blazed a trail by carding seven birdies and two eagles and a bogey at the ninth hole in his scintillating round.

“I hit a lot of nice shots, too, but it wasn’t like I was hitting it four feet. I had a round like this in Australia at the end of last year – in the first six holes, I didn’t hit it outside five feet. There’s a lot of different ways to get the ball in the hole.

“But it’s good for the confidence. It’s what I wanted. I sat in here yesterday and said I’d like to make some birdies and build the confidence. And today is a good start to that.”

In second place on seven-under are John Merrick and Ryo Ishikawa, who both carded 65s at Bay Hill on the day.

Should Scott win in the sunshine state and justify his odds as favourite at 2.25, he could overhaul Tiger Woods as the world number one by the time the Masters starts in April.

On Wednesday, Scott said of his quest to become world number one: “There was some fun in going to Doral and having a chance to win and maybe go to number one and that’s a huge motivator. It didn’t really work out and I don’t know how many of those chances I’ll get.

“So if I get another chance I’m going to be doing my best to take it because the well might dry up, and I might never have this opportunity again.”