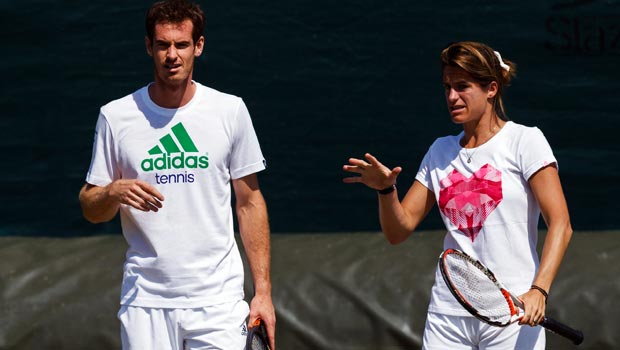 Andy Murray has confirmed Amelie Mauresmo will continue working as his coach and hopes to maintain the relationship “long term”.

Murray linked up with the former Wimbledon champion earlier this summer ahead of the grass-court season.

However, the Briton failed in his Wimbledon defence in July after losing to Grigor Dimitrov in the quarter-finals, raising doubts over whether or not Mauresmo would stick around for much longer.

But Murray insists he is enjoying working with the Frenchwoman and will continue under her guidance for the foreseeable future.

“We’ve agreed to work together and I think from both sides we’re willing to do what it takes to make it work long term,” Murray confirmed.

“I really enjoy working with her, she’s helped me a lot.

“She integrated well with the rest of the team. It’s been a good start. Now it’s about me producing the results.”

British number one Murray, 27, is currently preparing for this week’s Rogers Cup in Toronto.

He enters the tournament as the eighth seed, having dropped down the world rankings this summer.

It is the penultimate event before the final Grand Slam of 2014, the US Open in New York, which begins on August 25.

“I sat down with her the day after Wimbledon, we made a plan for the next few months, in the build up to the US Open,” Murray continued.

“[Assistant coach] Dani [Vallverdu] and Amelie will both be there at the US Open. That’s the plan for now, but I plan on working with her for longer than post-US Open, for sure.”

Murray is priced at 11.00 to win the Rogers Cup, with world number one Novak Djokovic the red-hot favourite at 1.95 following his victory at Wimbledon last month.