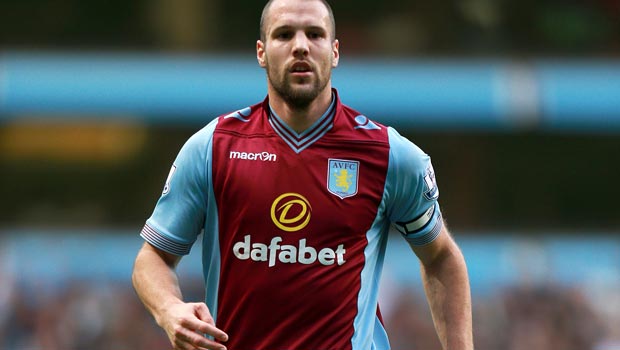 Aston Villa manager Paul Lambert has confirmed he will hold talks with in-demand centre-back Ron Vlaar about his future in the coming days.

Vlaar has been subject to widespread speculation this summer after playing a starring role for the Netherlands as they reached the World Cup semi-finals.

The 29-year-old has emerged as a target for Southampton as a replacement for Dejan Lovren while Tottenham Hotspur, Manchester United and Lazio are all believed to be interested.

Vlaar watched from the sidelines as Villa lost 4-1 in a pre-season friendly at Dutch side Groningen on Saturday after being given extra holiday time following his World Cup efforts.

Lambert hopes Vlaar will still be a Villa player beyond the summer and insists the player’s only concern is the Premier League season opener against Stoke City in less than a fortnight.

“Ron has told me he is concentrating on that game. He’s not had much of a break, but he’s enthusiastic, positive and raring to go,” Lambert said.

“It was a good feeling I got from him. To be fair, it was a really brief conversation I had before the game as I was preparing the lads for the match.

“Ron’s got another year still to go on his contract, it’s not as if he’s at the end of it.

“Once we get back I’ll sit with him, we’ll have a bit more time, but he loves it at Villa, that’s well known.”