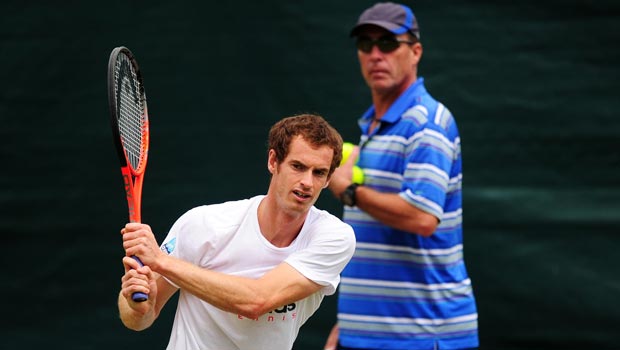 Andy Murray says he hopes to appoint his new coach before the start of Wimbledon after holding positive talks with one possible successor to Ivan Lendl.

The Scot has been without a full-time coach since March following his split from Lendl and in that time has been linked to a whole host of former tennis greats.

Former Grand Slam champions John McEnroe and Mats Wilander have been linked with the job, along with Maria Sharapova and Andy Roddick’s former mentor Larry Stefanki.

Murray had previously said he had come up with a list of candidates he was interested in and claims to have now whittled it down to just one person, who he has spoken to about the possibility of working together.

The two-time Grand Slam champion says no offer has yet been made to this unnamed individual and claims he won’t rush any decision as gets set for the start of his French Open campaign on Sunday.

“I have an idea of exactly what I want,” Murray told BBC Sport.

“I’ve thought about it a lot, I’ve spoken to them and I’ll see,” he added. “It’s not like you chat to the person and the next day it’s done.”

For now Murray is happy to continue working with assistant to Lendl and friend Dani Vellverdu during the French Open, a tournament he is 26.00 to win.

However, an appointment could be made before the Aegon Championships at Queen’s Club in two weeks in order to make sure the 27-year-old has someone else on board for the defence of his Wimbledon title.

“(It’ll be) whenever it’s right, basically. For me, it’s not about rushing into something. It’s about getting it right, getting the right person. Until that’s the case, I’ll keep doing what I’m doing with the guys I’m working with,” he added.

“There are also people that I can speak to about things. I have met a lot of good people that I respect and listen to their opinions on the tennis tour. I’m not in a panic to get someone, but it’s a lot closer than it was.”

Murray will face world number 55 Andrey Golubev of Kazahkstan in the first round of the French Open. The Brit is 1.11 for the win, while Golubev is 6.55.