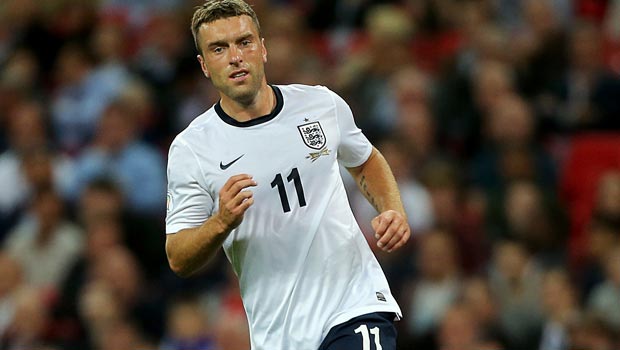 Southampton striker Rickie Lambert says England coach Roy Hodgson has given him the confidence he needs to succeed on the international stage.

The 32-year-old got the nod ahead of the likes of Andy Carroll and Jermain Defoe to go to the World Cup after another excellent season at St Mary’s.

While Lambert is behind Wayne Rooney, Daniel Sturridge and Danny Welbeck in the pecking order for Hodgson’s strikers, he hopes to cap a remarkable rise up the footballing pyramid by representing his country at the tournament.

Prior to the 2010 World Cup, Lambert had just completed his first season with Southampton, who were then in the third tier of English football, after joining from fellow lower league outfit Bristol Rovers.

Four years on and Lambert is hoping to improve on the four caps and two goals he has achieved in his short England career to date.

While Hodgson has given England’s younger generation a chance to shine since he took charge two years ago, he has also given those players who didn’t get a look in before the opportunity to show what they can do, regardless of age.

Lambert is one of those players and is now looking to show Hodgson’s faith in him hasn’t been misplaced by helping the Three Lions progress in South America.

“He has been brilliant for me since the very first moment I got a chance,” Lambert told reporters.

“The little conversations we have here on the training pitch, he emphasises that I am a good player, he understands the career I have and he appreciates it, because he knows how much it means to me.

“He constantly gives me the confidence that he believes in me, and that’s what I need as a player, that’s what every player needs. So he’s top drawer.”

Lambert and England face a difficult task to repay Hodgson’s faith given they have been placed in the same group as Italy, Uruguay and Costa Rica.

England are 3.00 to win Group D while they can be backed at 1.55 to qualify for the knockout stages of the World Cup.