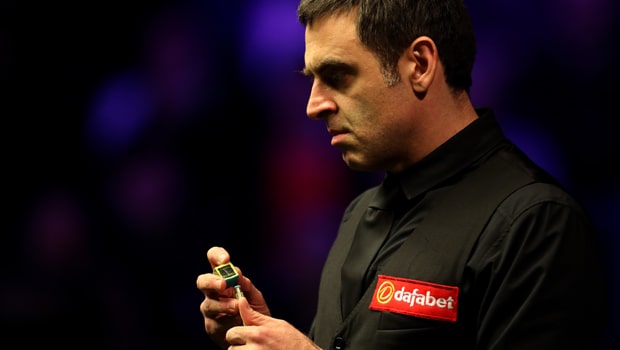 Ronnie O’Sullivan will be hitting a double milestone should he win this week’s Coral Tour Championship in Llandudno.

The inaugural Tour Championship takes place this week in Wales and features a field of eight players, competing for the first prize of £150,000.

The limited-field event is the only tournament on the snooker calendar, other than the World Championship, to be contested in its entirety utilising multi-sessions for each match.

For O’Sullivan, winner of the Players Championship already this month where he made the 1,000th century break of his career, he has the chance to become both the maiden winner and to depose Mark Selby as world number one.

Selby reached the top of the official two-year list by winning the German Masters in February 2015 and has been there ever since but The Rocket can knock him from his perch this Sunday.

Selby meets Neil Robertson in the first round on Tuesday (two sessions) while O’Sullivan takes on Stuart Bingham on Tuesday and Wednesday.

The £150,000 on offer to the winner would be enough for O’Sullivan to depose Selby, whose lead at the top of two-year ranking list is now reduced to £71,725, even should The Jester reach the final and collect the £60,000 for the runner-up.

O’Sullivan has not officially been ranked as the world’s best player since 2010, despite his remarkable success in recent seasons.

Mark Allen is top-ranked on the one-year list that helped comprise the field for the Tour Championship, with O’Sullivan next best and Selby ranked fifth of the eight competing players.

The Rocket is 1.22 to overcome Bingham in his opening match, while Selby shades favouritism at 1.75 in his clash with Aussie Robertson.