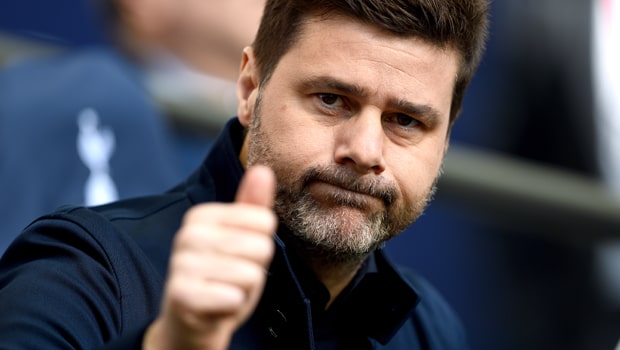 Tottenham boss Mauricio Pochettino says Barcelona should be the favourites to win the Champions League this season.

The Argentine also insists that Spurs’ last-eight opponents Manchester City have ‘an obligation’ to win, while his own side must only try to ‘compete’.

Tottenham were convincing winners in the last-16 over Borussia Dortmund, their reward for which was an all-English showdown with Pep Guardiola’s Citizens.

Pochettino feels City as a club are under pressure to deliver silverware, though he hopes that playing in their new stadium might assist the Lilywhites in their bid to end their trophy drought.

“It is clear that Manchester City are a team designed to win and with an obligation to win,” he said.

“We will try to compete. We know that in short tournaments the fitness of the team at the time is very important.

We have the incentive that we have a new stadium and we will play with 62,000 spectators. That will create a special energy.”

Ole Gunnar Solskjaer has energised a faltering Manchester United side since he took over as interim boss from Jose Mourinho in December.

Their highlight was the 3-1 win in Paris that ensured they dumped out Paris St-Germain in the previous round but Pochettino doesn’t forecast any more heroics form United against the La Liga champions and runaway leaders.

“If there is one favourite team to win Champions League it is Barcelona,” former Espanyol boss Pochettino told reporters.

“(Ernesto) Valverde is doing a great job. They have players of extraordinary level, and then they have Lionel Messi.

Man City are currently favourites at 3.25 to win the Champions League this season, while Barcelona are 4.50 and Tottenham are 21.00.