Ronnie O’Sullivan still the man to beat for Steve Davis 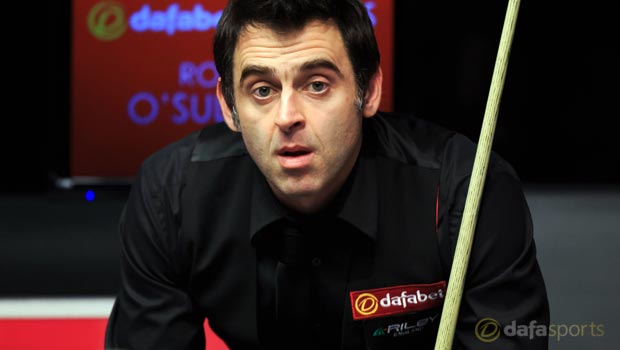 Steve Davis believes Ronnie O’Sullivan is the leading contender to land the World Snooker Championship this year – if he can forget his 2014 final defeat.

‘The Rocket’ appeared on course to claim a sixth title last year as he led Mark Selby 10-5, but the ‘Jester from Leicester’ recovered to claim an 18-15 win and land his first title at the Crucible.

Davis, a six-time champion himself, lost 18-17 to Dennis Taylor in the famous 1985 ‘black-ball final’ but responded to win three consecutive titles in Sheffield from 1987 to 1989.

The former world number one says O’Sullivan is capable of taking the title this year if he can bounce back from his defeat to Selby.

“From Ronnie’s perspective the best way to look at it is like a fisherman – that’s the one that got away,” Davis told Sporting Life.

“He’s basically sticking his rod in the water this year, and he is still the best fisherman out there, but there’s other good fisherman who can catch the big fish.

“He is the best out there on his day, but he’s not by that much the best. He can’t just walk it anymore.”

O’Sullivan does not seem to have been overly affected by that defeat to Selby as he has won both the UK Championship and the Champion of Champions tournaments this season.

However, until he begins his Crucible campaign it remains to be seen whether or not his confidence has been knocked by Selby’s sensational comeback of 12 months ago.