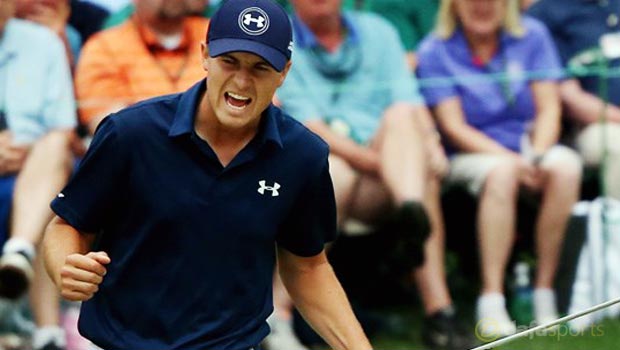 Rory McIlroy has backed Jordan Spieth to become one of his main rivals over the next few years following the American’s impressive victory at the Masters on Sunday.

The 21-year-old started the week with rounds of 64 and 66 and carefully nursed his lead over the weekend, recording successive 70s to equal Tiger Woods’ Augusta record of 18-under for the tournament.

It means that having finished in a tie for second 12 months ago, Spieth has now joined the game’s elite by claiming his first major title at Augusta.

World number one McIlroy himself shone on Sunday, closing with a 66 to finish fourth, but was left thinking what might have been after his opening pair of 71s meant he was forced to play catch-up over the weekend.

McIlroy admits he was extremely impressed by Spieth’s performance throughout the week and believes it is good for the game that another young player has made his breakthrough at the top level.

“Jordan obviously started off fantastically well and has just kept his foot down,” McIlroy told reporters. “It’s awfully impressive. I’ve been fortunate enough to be in a similar position, winning my first major, and having a nice comfortable walk up the 18th.

“It’s nice to get your major tally up and running at quite an early stage of your career and it’s great to see, great for the game, and I’m sure he’ll win many more.”

Not only are the pair set to do battle for individual honours in the coming years, they are also likely to meet on numerous occasions in the Ryder Cup.

The next edition of biennial event is in 2016 at Hazeltine with Europe the current 1.80 favourites to successfully defend their title, with the USA 2.20 and the draw 11.00.