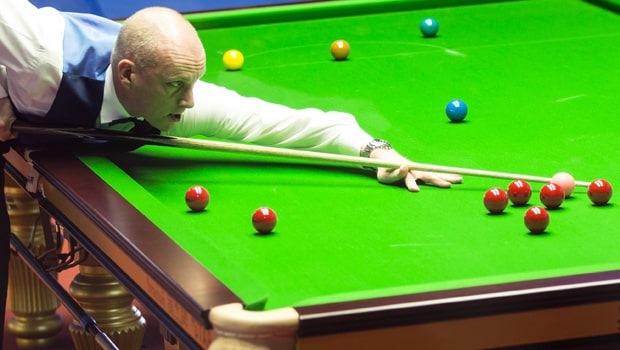 Former world champion Peter Ebdon admits he may retire at the end of the current season.

The 48-year-old Englishman has other business interests that he plans to concentrate on once he puts his cue away, but for now he’s aiming to end his career on a high.

He looked set for his 10th career ranking title when he led Kyren Wilson 2-0 before he eventually lost 4-2.

“I was disappointed to lose, especially as Kyren didn’t have to play that well to beat me,” he said of that defeat.

“It was a long day, playing four matches, and I was tiring towards the end, losing my focus.

“I’d had my contact lenses in for 14 hours straight, which made me misjudge a few shots, but overall it was a big step in the right direction.”

Now ranked 51st in the world, Ebdon is honing in on three decades as a professional snooker player.

That landmark isn’t to the fore of his thoughts but he does have one target in his mind before he retires – matching the ranking haul of snooker icon Jimmy White.

“At the end of this season I will have a look at everything. I will have been on the pro tour for 28 years by that point so it might be time to draw stumps,” he added.

“If I win a ranking title this season that would be a good time to finish because it would bring me to 10 ranking titles, level with Jimmy White.”

Ebdon is 501.00 to win the UK Championship in November.