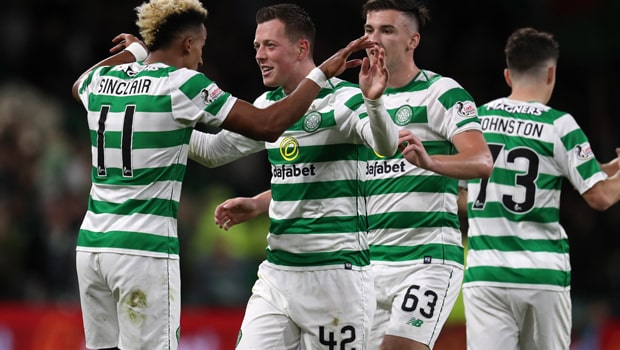 McGregor feels Celtic will have an advantage having twice put Rosenborg out of the Champions League qualifiers over the last few seasons.

Dutch manager Rini Coolen has come in since Celtic eliminated them from Europe’s top tier six weeks ago, with Rosenborg having collected nine wins and a draw under their new boss.

That does not stop McGregor from feeling Celtic can get off to the winning start they need in Glasgow.

“When you’ve played well and beaten opponents before then it gives you the belief that you can get more results against them,” said the Scotland midfielder.

“We know that we can beat Rosenborg, so it’s up to us to turn up with the right attitude on the night.

“The first game being at home is another bonus for us – the crowd will be behind us and, if we can take the three points, then it’ll help us push on as we look to get out of the group.”

Celtic and Rosenborg are joined by Leipzig and Salzburg in Group B, while Rangers are in Group G with Villarreal, Rapid Vienna and Spartak Moscow.

According to McGregor, there is not any shortage of quality in Europe’s second tier tournament.

“It’s a tough section. When you look at the rest of the competition, most of them are like that,” he added.

“You think of the Champions League as being a level above but when you see some of the teams who are in this tournament then there’s no shortage of quality.

“The standard is high – Rangers have a difficult draw as well – but we’re looking to do something this season and this will be a good test for us.”