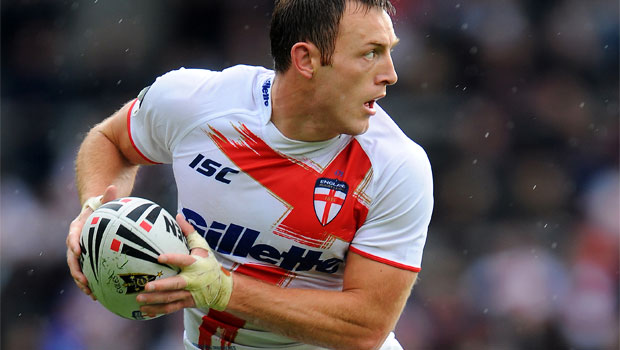 James Roby says England are out to prove the doubters wrong when they open up their World Cup campaign against Australia on Saturday.

England have been written off not only by the Australian media, but by some sections of the home press as well, and Roby says they are out to prove them all wrong.

The shock defeat to Italy has not helped matters, along with the axing of Gareth Hock for a breach of discipline and the shock absence of James Graham.

The odds appear to be stacked against England but Roby says they will use the negative press as motivation to help them turn Australia over.

“The Australian press always write us off and I think the English press as well, to be honest,” Roby said. “They don’t get behind us as much as they could.

“At the end of the day it’s up to us as players to go out there and perform and hopefully, if we can turn it around and get the win, then we can turn a few eyebrows and earn that little bit more respect and change people’s opinion.

“It would re-ignite the game over here.”

Meanwhile, Roby says he is feeling fresh following an injury-hit season with St Helens and hopes his lack of games at club level will give him an edge in the World Cup.

“I’m feeling good,” said Roby. “Normally at this time of the year you’ve got a few aches you’ve been carrying for a couple of months.

“I’m quite fresh so my injuries could turn into a positive in one sense.

“I’m sure a lot of players will be a little bit fatigued and the World Cup will re-ignite them and give them a bit more energy but my body’s not had the stress that they’ve had all year so hopefully I can have that little bit of a spark that some of them have not got.”