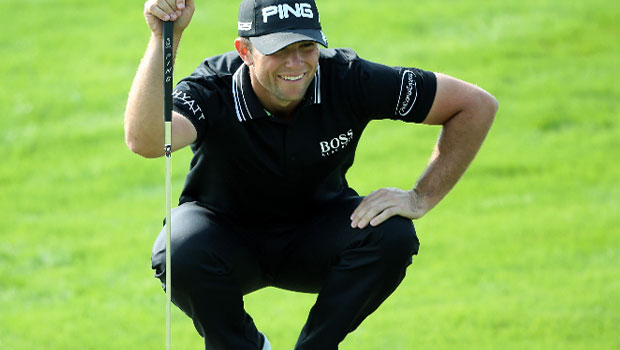 Luke Guthrie carded a seven-under-par 65 in the first round of the BMW Masters in Shanghai to lead by three shots.

The 23-year-old American picked up five birdies and an eagle on the 15th and admitted afterwards it was one of the best rounds of golf he has ever played.

The conditions made scoring tough with just 13 players breaking par, but Guthrie, who is making his debut on the European Tour, handled them well.

“It was one of the better rounds I’ve ever played,” he said. “It’s hard to control the ball exactly where you want to leave it but when I did miss I gave myself a chance and I was able to short-game my way around.”

John Daly is three shots behind after carding a bogey-free round of four under in his first appearance since undergoing surgery on his elbow.

“After not playing a competitive round in about 14, 15 weeks, it felt pretty good,” he said.

Peter Uihlein is one shot further behind on three under, while Northern Irish duo Graeme McDowell and Rory McIlroy, who played together, are two under and one under respectively.

McDowell, who is chasing Henrik Stenson in the Race to Dubai standings, sunk a monster 100ft putt on the 13th and admitted he was a touch fortunate.

“The eagle was nice,” he said. “It was just one of those. A bit of a bonus really. The putt was a good putt but it was fortunate to go in and it was probably going to be six to eight feet by.”