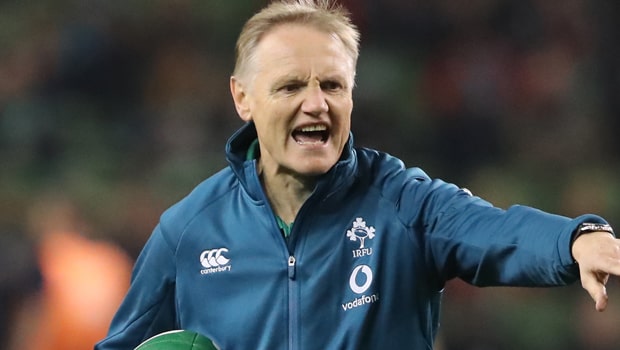 Ireland head coach Joe Schmidt has told his players any failure to perform in the Six Nations could have a negative impact on their World Cup hopes later this year.

The Kiwi will be stepping down as Ireland boss after the World Cup in Japan in the autumn but, for now, Schmidt is fully focused on securing a fourth Six Nations title in six years.

Ireland won the Grand Slam last season but they face a tough opener against England in Dublin next weekend and Schmidt insists total focus is required over the next seven weeks of intense competition.

“You play England in 10 days, you don’t think too much about a World Cup because I think the danger is you can damage a World Cup – your confidence, your expectation, your momentum, just because you look too far ahead and don’t give due respect to what is one of the biggest teams in world rugby,” said the Ireland tactician.

“You are just opening yourself up for an opportunity for them to take advantage of you.”

Asked what a successful Six Nations looks like, Schmidt said a place in the top two would suffice for Ireland, who are tournament favourites at 1.75.

“I know people always want something concrete. Something that is objective or result-based, and as I said last year, if we can get in the top two you know you are in the mix.

“You know that if you are in the top two, and we have just spoken about how competitive some of those teams are, I think we can keep our confidence that we are still on the right track.”

England are 4.00 second-favourites ahead of their opener in Dublin, while Wales are 5.50 to win the Six Nations.