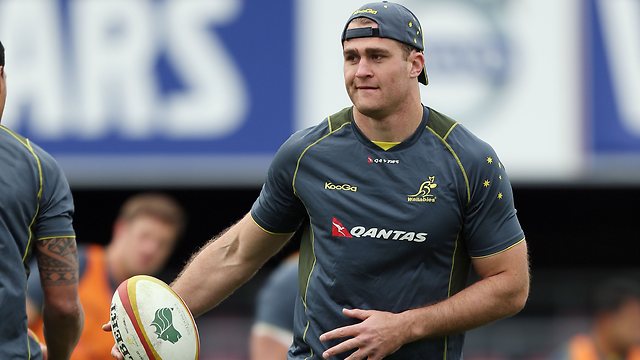 Australia captain James Horwill expects a bruising and physical encounter when his side meets the British and Irish Lions in the first Test in Brisbane.

After witnessing Warren Gatland’s tourists displaying some brutal forward power in the tour matches ahead of Saturday’s clash at the Suncorp Stadium, Horwill is under no illusions that the hosts are in for a tough 80 minutes, especially in the first quarter.

“It’s going to be critical,” Horwill said. “We understand that the Lions play a very physical brand of football. They’ve been very physical, very confrontational.

“And that’s the way they’ve played a lot of their rugby. It’s a big job for the guys up front to make sure we not only match that, but we take the ascendancy there.”

Lock Horwill thinks the opening Test will be close but that Australia can withstand the onslaught and come out on top.

“It’s going to come down to a number of things,” he said. “The main thing, you’ve got to make sure you work hard. Games of this magnitude, there’s not a lot in it from player to player.

“Everyone across both teams is incredibly skilful. It’ll come down to the work rate. There’s never a lot in these sort of games. The margins are going to be very small.”

On Saturday, Horwill will once again come face to face in the second row with Paul O’Connell, who had the game of his life at Eden Park when Ireland beat Australia at the 2011 World Cup.

“He’s a guy who has played a number of Tests for Ireland, and been on Lions tours,” Horwill said.

“He’s a guy we’re certainly wary of his capabilities across the ground, at the lineout and obviously the breakdown he’s been very influential. He’s come back a little bit rejuvenated.”