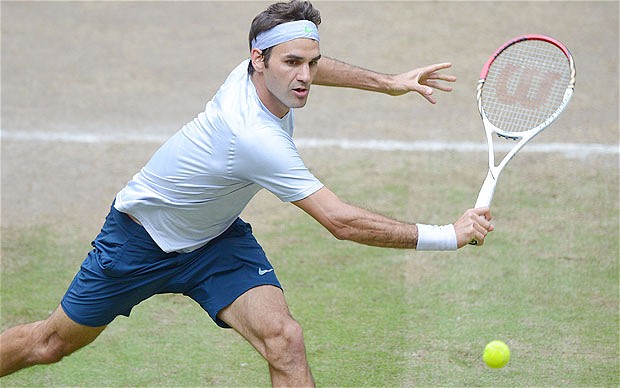 The seven-time winner Roger Federer, seeded three this year, has been drawn in the same half as both Rafael Nadal and Andy Murray.

The outcome of Friday’s draw means that at least two of those big three names will exit before the Final, while world number one Novak Djokovic can hardly have hoped for the draw to have worked out better.

Defending champion Federer could face Nadal, seeded only fifth to reflect his current ranking after an enforced injury layoff, in what would be a do-or-die quarter-final on the grass of southwest London. The duo have met three times in the final this century, in 2006, 2007 and 2008.

If Federer does overcome the quarter-final obstacle, he then faces a potential clash with last year’s finalist Murray in the semi-finals, with the Scot later gaining revenge for his defeat to the Swiss ace by taking the gold medal at SW19 in the Olympics.

Novak Djokovic meanwhile would be on course to face number seven seed Tomas Berdych in the quarter-finals but will avoid any of his three main rivals until the final.

The Serb plays Florian Mayer in his opening match and also has fourth seed David Ferrer in his half of the draw.

Murray, seeded two, starts off against world number 95 Benjamin Becker, the 31-year-old German he beat in the quarter-finals on his way to victory in the Aegon Championships at Queen’s Club last week.

If progressing, Murray will face Jo-Wilfried Tsonga in the last eight – having beaten the Frenchman in last year’s semi-finals and at Queen’s this month.

The Scot is wisely taking nothing for granted: “There are a lot of dangerous players out there early in the tournament,” he said before the draw.