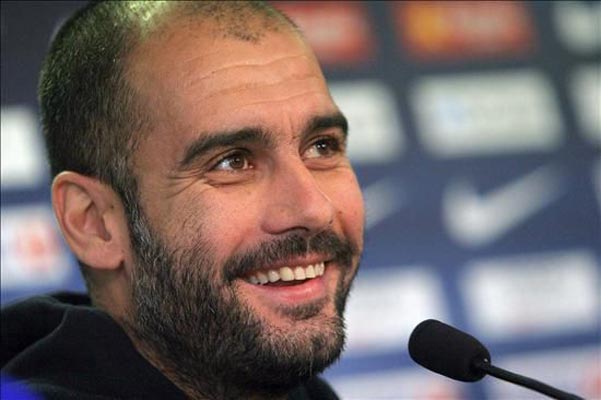 Bayern Munich manager Pep Guardiola will see his side begin their defence of Bundesliga with an easy home game against Borussia Monchengladbach.

That opening fixture is on August 9 and will kick off Guardiola’s attempt to emulate the feat of outgoing boss Jupp Heynkes in capturing an unprecedented treble of Champions League, Bundesliga and German Cup trophies.

It is a hard act to follow, even for a coach of Guardiola’s stature, and he will get a chance to assess how his side of superstars have fared during the brief summer break when they face arch-rivals Borussia Dortmund in the German Super Cup on July 27, before their Bundesliga meeting with Monchengladbach.

Dortmund’s Bundesliga campaign gets under way against Augsburg, while Schalke take on Hamburg.

Looking further ahead, Dortmund’s Westfalenstadion will host the repeat of the Champions League final between Dortmund and Bayern at the end of November.

The winter break begins on December 23 with the season resuming on the weekend of January 24, while the last set of fixtures will take place on Saturday, May 10.

Bayern’s game away to SC Freiburg on matchday four has been rearranged to be played three days earlier due to their involvement in the UEFA Super Cup against Chelsea on August 30.

The biggest derby in Germany, the Revierderby between Schalke and Dortmund, will take place on matchday 10 at the Schalke Arena.

Meanwhile, the two promoted teams both start with home games, as Eintracht Braunschweig, who are back in the Bundesliga after an absence of 28