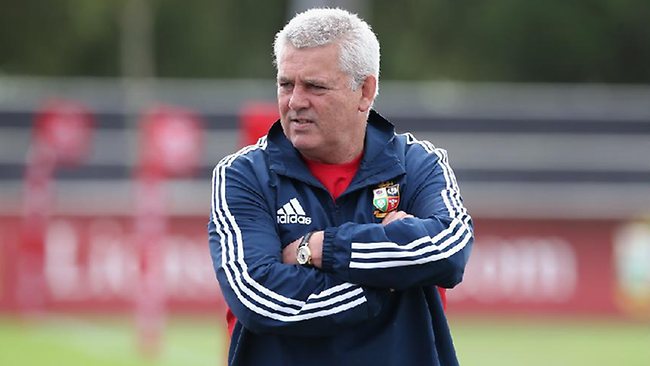 British and Irish Lions coach Warren Gatland insists he was ‘proud’ of his players after beating Queensland Reds in a 22-12 win.

British and Irish Lions coach Warren Gatland insists he was ‘proud’ of his players after they came through their first real test of the tour of Australia with a 22-12 win over Queensland Reds.

The tourists were given a real working over by the Australian outfit, surviving a blistering start by the Reds, and although they were outscored by two tries to one, the Lions notched another win on the board.

After comfortable victories over the Barbarians and Western Force, a thorough test was exactly what was needed and, thanks to 17 points from the boot of Owen Farrell, they emerged with the win.

Although the Lions looked to be tiring in the second-half, Gatland was impressed by the way his players withstood the pressure to seal the victory.
“I’m pretty happy with the performance,” said Gatland. “We missed a couple of try-scoring opportunities.

“It was a tough game and the weather conditions in the second half didn’t help; it became a territory game.

“We showed great courage and that’s what the Lions is all about. The Reds threw everything at us in the first 20 but we soaked up the pressure. I’m really proud of that performance.”

The win came at a cost though as Ireland winger Tommy Bowe has been ruled out of the rest of the tour after suffering a broken hand.

It is yet another injury blow for Bowe as he missed the Six Nations with a knee ligament problem, while he is the third Lion to leave the tour early after props Cian Healy and Gethin Jenkins were already confirmed to be returning home.

Alex Corbisiero and Ryan Grant have already been called up as cover in the front-row, while an announcement has yet to be made about who will replace Bowe.