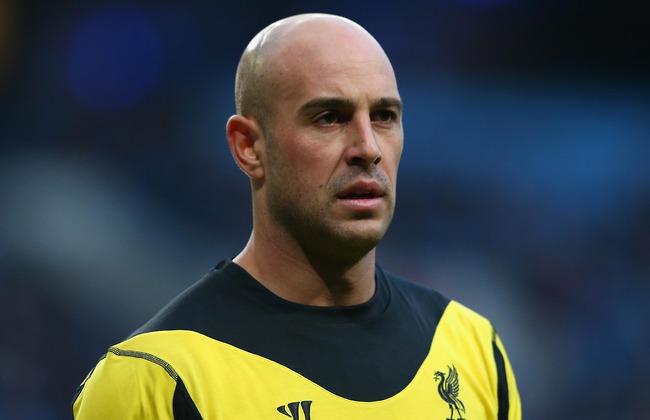 Liverpool goalkeeper Jose Reina has revealed that he can understand why Luis Suarez is considering leaving the club.

Liverpool goalkeeper Jose Reina has revealed that he can understand why Luis Suarez is considering leaving the club, although he remains hopeful that the Uruguayan ace will have a change of heart.

Suarez has quickly established himself as a fans favourite at Anfield while his performances throughout the last campaign saw him finish second only to Gareth Bale in the running for the PFA Player of the Year award.

However, he has courted plenty of controversy since his arrival in England and the infamous bite of Branislav Ivanovic and the subsequent fallout appears to have been the final straw.

The 26-year-old feels the media criticism of him has been far too harsh and now wants to leave the club to make a fresh start, although Liverpool have insisted that they will not be entertaining any offers for the striker.

Reina is hopeful that an agreement can be reached between Suarez and the club but does sympathise with his team-mate.

“I would like for Luis to stay at Liverpool, but I understand if he is thinking about leaving for a bigger club,” Reina said.

“When I say ‘bigger’, I don’t mean as a club. I mean challenging for titles, playing in the Champions League and competing with the best.

“Because of his situation, and because of his treatment by the media, it would have been difficult for any player, not just for Luis, to stay strong and be happy to stay.

“Hopefully, as I say, he will stay at Liverpool for many years. But I would understand, if the right offer comes for him and for the club, for him to go.”

Real Madrid and Bayern Munich have both been credited with an interest in Suarez but there will be no shortage of takers for the Uruguayan should he be able Liverpool to let him go.