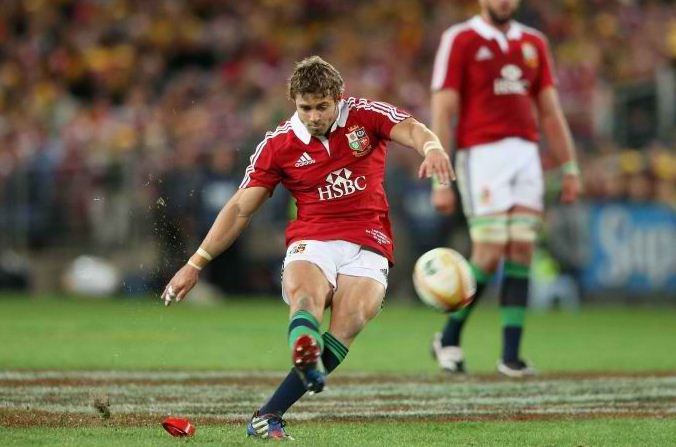 Cardiff Blues will move heaven and earth to keep hold of star player Leigh Halfpenny after his talents were showcased on Lions tour.

The Welsh fullback guided the British & Irish Lions to an historic series success over Australia in Sydney recently, and as a result has a host of big clubs queuing up to secure his services.

However, the 24-year-old, voted Player of the Series, and as such favourite to collect the IRB Player of the Year award, is contracted to stay at Cardiff until the end of the new season.

Blues chief executive Richard Holland fully expected that his in-tray would be full to the brim with offers, especially from most of the leading French clubs, but is determined to keep his star player in Wales.

He said: “Whether or not Leigh will stay I don’t know but he’s a Welsh lad and we’re hoping he will commit to the Blues.

“We have already had discussions and we will be working hard with Leigh to lock him into the Blues for the foreseeable future.

“We are extremely proud of the achievements of all our Lions. Leigh must be the only candidate for the IRB’s World Player of the Year after destroying Australia.

“Now we are going to do everything in our power to secure his services. We’re trying to put together, within our means, a package which will enable Leigh to stay at the Arms Park and in Welsh rugby.”

Sam Warburton also caught the eye on the Lions tour, and is another that will find it hard to resist overtures from elsewhere, but speaking on Halfpenny’s situation, he said:

“I know the WRU and the regions are working very hard to keep players in Wales so hopefully that’s the case with Leigh as he’s a top-class player. Leigh Halfpenny’s been playing world-class rugby now for two or three years in my opinion.

“It doesn’t surprise me that he’s having the success he’s having now: he’s the best professional I know. Time will tell, but his contract’s got another year with the Blues and I look forward to playing with him for another 12 months.”