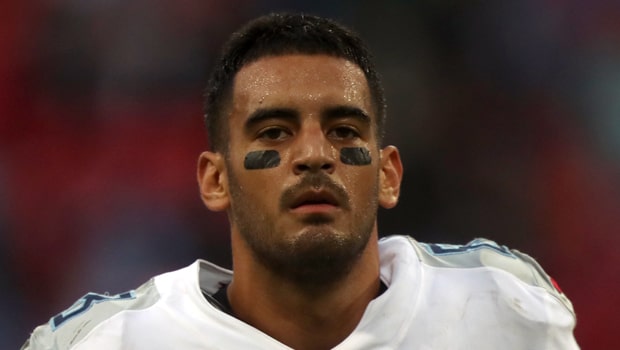 The National Football League’s regular season has run its course and it’s time to have a look what happened during these 17 weeks. What we know so far are the 12 teams heading into the post season – and the 18 teams that did not. Included in those being left out is last season’s Super Bowl runner-up Los Angeles Rams. The following bye week was earned by San Francisco 49ers, who beat their rivals Seattle Seahawks in the final game of the regular season to clinch their rest, Baltimore Ravens, Green Bay Packers and Kansas City Chiefs.

Patriots were snapped of their ten-year streak in the playoff bye week and have to set up camp for the Wild Card game against Tennessee Titans. The Titans surged to the playoffs after a lousy 2-4 start to the season, despite losing two of their last three. Their schedule was tough though and losing to Saints and Texans is not too catastrophic. Marcus Mariota and his offense has been able to put up decent numbers and their running game has been top notch all season. It will be a tough matchup against the Patriots defense, having allowed the fewest points on average in the league and being 6th in containing a rush. The Patriots started the season with eight wins, as usual, before losing to Ravens in week nine. They finished the season struggling, though, losing to Texans, Chiefs and Dolphins to miss out on the bye week to start the postseason. It’s well known that Tom Brady and Bill Belichik are at their best in high pressure situations and you can never count out the Patriots, even if the matchup against Tennessee might favor the visitors slightly. If Patriots manage to contain the rush and keep Mariota at bay, Brady and his merry men will conjure up enough points for a win.

While the Titans have been the dark horse this season, Buffalo Bills have surprised many as well. They match the record of their Wild Card opponents Texans with 10 and 6, but only had to beat one playoff team in the process. They lost three of their last five games, against Patriots and Ravens – as expected – but also dropped the final issue against Jets. Bills have relied on their defense and struggled somewhat offensively. They are in the last third of the league in most of offensive categories, while being among the top teams defensively. The battle will be between the Texans dynamic offense commanded by Deshaun Watson and the Bills defense. Texans’ defense is decent and just might be enough to hold Bills in low numbers, but it is the offense that will need to step up to win the game.

The NFL Wild Card Round is played on 4th and 5th of January.