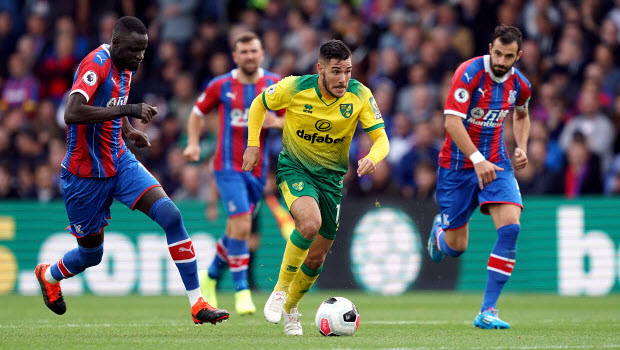 Manager of English Premier League side, Norwich City Daniel Farke, has revealed that it be miraculous for the Canaries to escape the drop to the Championship at the end of the season.

He, however, stated that his team would not go down without a fight and will fight for every opportunity to retain their top-flight status.

Daniel Farke, 43, guided the Carrow roadside to promotion last season as winners of the English second-tier but so far had an underwhelming season with injuries affecting the Canaries.

Despite beating Manchester City early in the season, the team has failed to capitalize and went on a winless run that has seen the team drop to the bottom of the league.

After admitting the likely scenario at the end of the season on Tuesday, Farke will hope that his players will be able to turn the tide of things when they face Crystal Palace on New Year’s day.

The Canaries are six-points from safety, and after playing out a 2-2 stalemate against Tottenham Hotspur in their last game, the team will be hopeful of a positive result.
“Each and every game we have to prepare to win some points,” said Farke.

Farke claims many bookmakers at the start of the season took them as favourites to drop, and luck has eluded the team so far to prove the team’s doubters wrong.

He also mentioned VAR decisions, Incessant injury problems and unlucky results and claimed that 13 points, from a possible 60 from 20 games played so far, at this stage of this season spells doom and gloom to the team’s survival.

Despite being an attacking side, the team has conceded 40 goals in 20 games with an average of two goals per games.

Norwich will face Crystal Palace next. They are set at 2.40 to win Palace, while Palce are backed at 3.12.