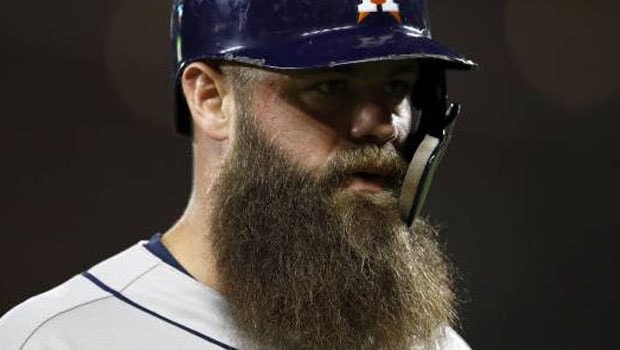 Former Houston Astros player Evan Gattis admitted on The Athletic’s 755 is Real podcast that they “cheated baseball and fans” when they improperly used technology to steal signs during their 2017 World Series run.

Gattis spent four seasons with the Astros and played catcher and designated hitter while hitting .245 with 96 home runs from 2015 to 2018. He helped the Astros “win” their only World Series in 2017.

Most Astros players have avoided taking responsibility for the sign-stealing scandal but Gattis shared his opinions about it on the 755 is Real podcast (transcribed by New York Post).

“Everybody wants to be the best player in the f—ing world, man…and we cheated that, for sure, and we obviously cheated baseball and cheated fans,” Gattis said. “I’m not asking for sympathy or anything like that. If our punishment is being hated by everybody forever, just like whatever.”

Th slugger also revealed that he had no issue with former teammate Mike Fiers, who currently pitches for the Athletics, when he became the public whistleblower for what went down in 2017.

“He had something to say, so he had to f—ing say it, and then we had to get punished,” Gattis said. “Because if not, then what? It’d f—ing get even more out of control. I mean, it’s a tough subject.”

The 33-year-old also shed more light on why and how so many players got involved in something that was very clearly against the rules from MLB.