Poirier Considers Moving Up To Welterweight 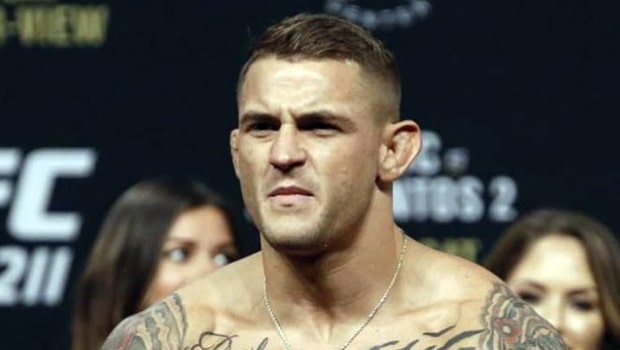 UFC 242 runner-up Dustin Poirier has sent shock waves all over the internet, revealing his plans to start competing in the welterweight division.

Some fans feel it is just a stunt by the American professional mixed martial artist to gain himself some attention. Poirier, who is known to compete in the UFC lightweight division, replied a fan who asked him if he would ever consider moving up in weight. As a response, Poirier simply tweeted “100%”.

It has been a difficult month for the American having lost the UFC 242 to his rival Khabib Nurmagomedov, losing millions of dollars in the process. He has also been involved in an altercation with his long-time friend Colby Covington, tagging him a “sellout”. Simply put, September hasn’t treated the American fairly.

The fight against Khabib was the biggest of his career, and losing it has made him question what he wants to do next. From the look of things, the fighter is prepared to switch things up a bit. Moving up to the welterweight division might not be a bad idea after all.

Just after losing the fight, Poirier made known of his plans to retire from the sport but he seems to have changed his mind after some considerations. He later admitted that his emotions prompted him into taking such drastic steps but after critical thinking, wants to fight again.

We have seen sportsmen make shocking decisions after a major loss due to their emotional dispositions. Lionel Messi famously retired from the Argentina national team after a disappointing performance at the 2018 FIFA World Cup. Shock waves were sent around the football world immediately after his announcement.

It will be interesting to see another lightweight fighter move up the ladder as Anthony Pettis did recently. Like Poirier, Pettis competed in the featherweight and lightweight divisions before climbing up the ladder to the welterweight.

For now, Poirier will continue to enjoy some time off with his family as he ponders what his fighting future holds. Whatever decision he takes; he will try to bounce back following his morale-downgrading loss against Nurmagomedov.