Fulham: Magath makes his presence felt at the Cottagers 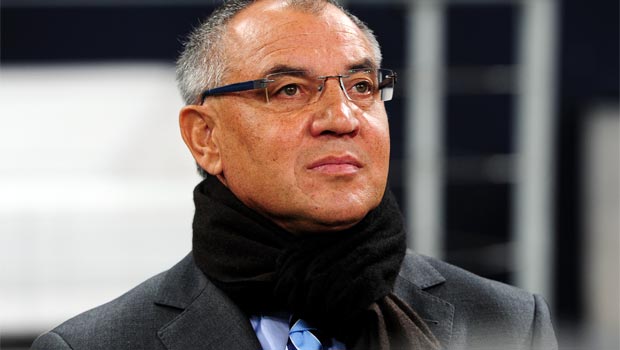 Fulham head coach Felix Magath has slammed predecessor Rene Meulensteen’s “destabilising” of the team and denied his new squad a day off in the build up to the crunch relegation clash with West Brom this weekend.

Magath’s appointment last week led to the eventual departures of Meulensteen, assistant head coach Ray Wilkins and technical director Alan Curbishley in a shock series of events at Fulham, who are bottom of the Premier League with 12 matches to go.

The former Bayern Munich, Schalke and Wolfsburg boss told German weekly magazine SportBild that Meulensteen “destabilised” the team and accused the Dutchman of having no structure to his philosophy in recent weeks.

“My predecessor let them play very attacking football for four games. Then he suddenly rearranged the defence, and that destabilised the whole team,” said Magath.

“My most important task is to bring in a clear structure.”

The 60-year-old’s reputation for torturing training sessions, which earned him the nickname ‘Saddam’ at his former clubs, won’t be lost on the Fulham squad – ex-Schalke star Lewis Holtby in particular.

And he has already cancelled one scheduled day off for the squad to provide more preparation time ahead of Saturday’s Premier League six-pointer against West Brom, with Fulham 4.60 to win at the Hawthorns.

“No one had a problem with that,” said Magath, “West Brom are a direct competitor in the relegation fight, and this is probably the most important game in this club’s history.”

The German made a point of saying that he is “focused only on Fulham” but did admit that had it not been for the infamous internal politics of former club Hamburg, he would not have come to London at all.

Magath had offered to take over at the Bundesliga club until the end of the season in order to save them from relegation when Bert van Marwijk was sacked last week, but he joined Fulham at the very last minute.

Magath responded angrily to suggestions that he had messed Hamburg around by saying: “I played with my cards on the table, and was clear that I had other options, but there wasn’t a universal support for me in the club.”