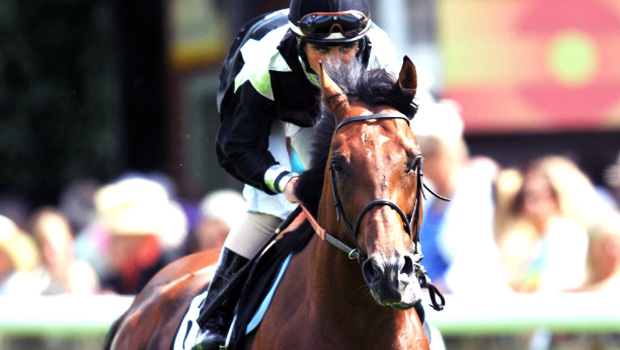 Connections of French filly Verema have admitted they are looking at a run in Melbourne Cup later this year after her success in Prix Kergorlay.

The four-year-old has impressed in four of her five outings this year, with her last place finish at Longchamp in May the only forgettable run.

Having been placed in the Dubai Gold Cup and Babeville Stakes, Verema struck for the first time in 2013 when winning the Prix Maurice de Nieuil in July at Longchamp.

The Alain de Royer-Dupre-trained youngster followed that up by making a successful step up to almost two miles in the Prix Kergorlay at Deauville earlier this month.

Verema’s camp are now looking at other options for the filly and have set their sight on a trip to Australia for the Melbourne Cup on November 5.

Trainer Royer-Dupre has recently made a successful trip Down Under having guided Americain to Melbourne Cup glory three years ago.

The racing manager for Aga Khan, Georges Rimaud, has now revealed that Verema looks set to follow in the foot-steps of Americain by running in the big race later this year.

“We were very pleased after Deauville. She ran well to her form and it was a good performance,” said Rimaud.

“The Melbourne Cup is something on her agenda, but we will make a final decision soon.

“Alain has won the race before and obviously knows how to travel to Australia with horses. If he decides she should run, then she would have a good chance.

“If she does run (in the Melbourne Cup), she will probably not run again before that.”