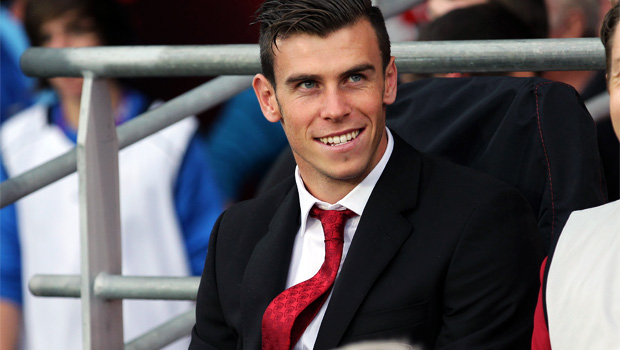 The Wales international looks destined to leave White Hart Lane this summer and appeared on course to sign a deal with Real Madrid after the Spanish giants made a world-record offer for the 24-year-old.

Bale was expected to put pen to paper on his contract with Real this week but it has since emerged that Tottenham have received a rival bid from an as yet unnamed club and are stalling over allowing the winger to leave.

Report have suggested the champions are the team who have made an offer for Bale, although when asked whether it was his club who had made the bid, Moyes said: “I said at the start when I got the job that Manchester United will always be interested in the best players and we’re always looking to try to improve the team.”

When pressed further on whether he was interested in signing last season’s PFA Player of the Year, Moyes refused to rule out trying to pip the Spanish capital club to the Welshman’s signature.

“The owners have given me every opportunity to bring in who I want and we’ll continue to try and find those players,” he added.

“It’s been tough in this window but we’re always looking at the best players. I can’t give you any more.”

Moyes’ comments came after his first home game in charge of United had finished in a goalless draw against the west Londoners.

The former Everton boss admitted he was frustrated his team hadn’t been able to break down a stubborn Chelsea backline but felt four points from the first two matches of the season was a good return.

“I thought we played well and I’m disappointed we didn’t get a goal,” he said. “Maybe we lacked a bit of cutting edge with our final pass and final cross.”

Moyes must now prepare his team for Sunday’s trip to Liverpool, who still boast their 100% start to the season after wins over Stoke City and Aston Villa.