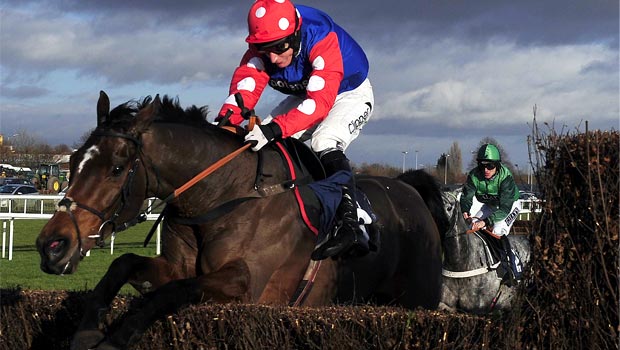 Trainer Paul Nicholls has confirmed that Rocky Creek will miss this year’s Gold Cup at Cheltenham on Friday after suffering from ringworm.

The eight-year-old was expected to challenge the likes of Bobs Worth, Silviniaco Conti, Last Instalment and Harry Topper but he will now miss out.

Rocky Creek, runner-up in the Hennessy Gold Cup and Argento Chase, will now head for this year’s Crabbie’s Grand National which takes place at Aintree on April 5.

Confirming the news, Nicholls wrote in his Betfair blog: “The good news is that it is treatable in time to re-route him to the Grand National once again, and we will now prepare him for Aintree.

“I have had one or two horses that have suffered from ringworm this season – Ceasar Milan was one – and it is just a random problem that pops up occasionally.

“It is just incredibly disappointing that it has happened to a high-profile horse before a big race this time.

“We originally thought it was heat lumps but they got a lot worse and about a quarter of his body is now affected with it. It was confirmed as ringworm yesterday.

“It is highly contagious, so we have to be very careful, but we can manage that.

“Of course, it is hugely frustrating as I thought he was going to Cheltenham with a live outside chance in the Gold Cup, but it is not an injury as such and we still have a big target to aim him at this season.”

Another contender for Cheltenham, Un Temps Pour Tout, is also a doubt for next week’s Festival.

Trainer David Pipe confirmed the Grade One contender was found to be lame after his routine exercise on Friday morning.

He was expected to compete in the Neptune Novices’ Hurdle but may now miss the entire meeting.