Posted by Vincent Henderson on March 8, 2014 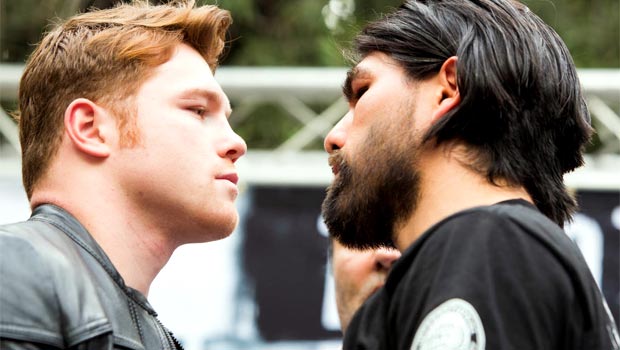 Canelo Alvarez is hoping to return to winning ways when he takes on Alfredo Angulo on Saturday night.

The red-haired Mexican was beaten in his last contest by the undefeated Floyd Mayweather, with the American once again showing his superior class.

Their match-up in September handed Alvarez his first loss and he will need to be at his best when he takes on Angulo in a junior middleweight contest.

Saturday’s fight promises to deliver plenty of fireworks, with both men willing to trade blows.

However, the spotlight will be on Alvarez, with critics questioning whether he can come back after his first defeat.

Angulo, another hard-hitting contender, will be the underdog but knows he has the power to hurt the Mexican.

Although he was stopped in his last contest, he is a dangerous opponent for anyone at world level, and with Virgil Hunter in his corner he hopes he can produce a game plan to see his hand lifted at the end of the contest.

Alvarez admits Angulo will pose a threat but is keen to move on from the Mayweather contest and prove he has what it takes to rule the world.

He said: “I learned a lot from fighting Floyd, but I’m ready to get back in the ring to maintain the path that I was on before. This is what I love to do.

“What happened in September is in the past. I’m fully concentrated on this fight. Angulo presents a difficult challenge because he’s a fighter who can punch and take a great punch.

“I know I have to prepare and establish my game plan early. But you know how it can be with game plans. Sometimes, once a fight starts, you have to do what you have to do to win.”