Punchestown Festival: Module back on track 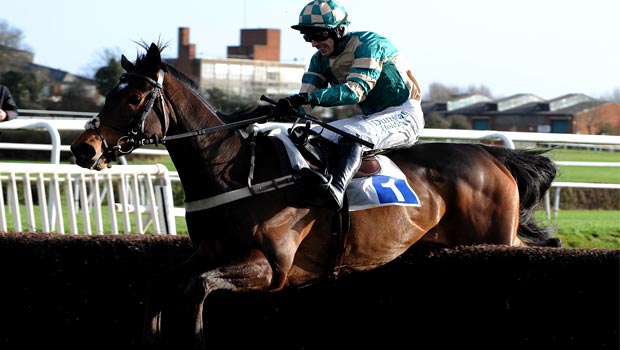 Useful chaser Module has overcome a bug to put himself in line for a trip to the Punchestown Festival.

The Tom George-trained seven-year-old sprung to prominence when landing the Game Spirit Chase at Newbury, and arguably bettered that performance when a creditable third to Sire De Grugy and Somersby in the Queen Mother Champion Chase at the Cheltenham Festival.

On the back of that, George was preparing Module for a crack at the Melling Chase at Aintree, but on the day of the race the gelding took a backward step and was taken out.

“It was very strange, he was fine an hour before the race and an hour after racing but he just had a bit of tummy ache,” said George.

“It’s never happened to one of my horses before. It wasn’t down to the travelling, he just started sweating up and wanting to roll and was grabbing at the ground. It would be just like a human getting it.

“I’ve been very happy with him at home since, though, and I’m taking him to Cheltenham just to get him away in the box so his last memory of it isn’t a bad one.

“It’s just to make sure he is fine with it all, but everything he has done at home since suggests there’s no lasting effects.

“He’ll be entered for Sandown, too, but Punchestown is our preference.”

After Cheltenham and Aintree, the Punchestown Festival, that starts on Tuesday, April 29, is always the next destination for the best jumpers in both Britain and Ireland, and the likes of Hurricane Fly and Bobs Worth are just two of the big names set to compete.