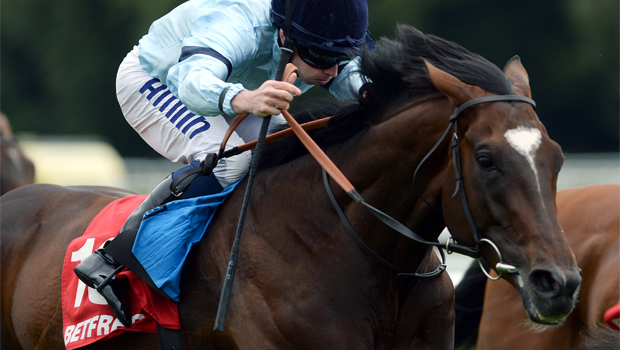 One-time Derby hope Telescope was beaten at Haydock on Saturday in what was his first big test, causing connections to revise future plans.

The son of Galileo figured in ante-post betting for most of the big autumn pattern races, and Saturday’s Group 3 Rose of Lancaster Stakes was supposed to be just a stepping stone on the way.

Having hacked up by 24 lengths over just two rivals at Leicester last month, Sir Michael Stoute’s colt was sent off as an odds-on chance to justify the hype, but in the end was never going well enough to win at Haydock, having to settle for second place behind Mike de Kock’s South African challenger David Livingston.

However, Highclere Thoroughbred Racing manager Harry Herbert prefers to look on the bright side.

“I haven’t spoken to Sir Michael this morning. We agreed we’d speak on Monday unless something noteworthy came up, so no news is normally good news,” he said.

“We were disappointed he didn’t appear to fire as we had hoped and like he does at home, but hopefully there is still a long way to go with the horse.

“We mustn’t take anything away from the winner, who won very well. Our horse was the big hype horse and he didn’t come up trumps on the day.

“Like Sir Michael said after the race, the horse is a work in progress. I think that is a very good phrase for this situation.

“He’ll race on next year and it looks as if maybe he’s ready to step up to a mile and a half. It’s all in the melting pot.

“(Jockey) Ryan (Moore) said he didn’t feel like the same horse he rode at Leicester or he has ridden at home, but as we all know, horses are not machines and they do run flat from time to time.

“It’s not as if he ran badly. He was running against hardened campaigners for the first time and finished a close second. I think we have to put it into context.

“We won’t make any plans at this stage. We’ll get our heads together, look at the book and see whether Sir Michael thinks now is the right time to step up to a mile and a half.”

An entry in the 10 furlong Champion Stakes would appear unlikely now, but the Arc over a mile and a half at Longchamp in October is still very much a possibility.