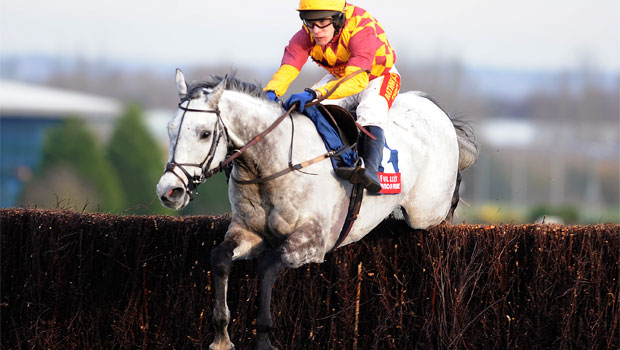 The grey had been the ante-post favourite for the race at one stage but will now likely head for the Betfair Chase at Haydock on Saturday week instead of an appearance at Prestbury Park this weekend.

Pipe confirmed he had pulled Dynaste out of the race on Twitter on Thursday, while he also revealed Salut Flo was not included at the final declaration stage, leaving Ballynagour as his sole representative.

He tweeted: “Ballynagour will be our only runner in the Paddy Power Gold Cup @CheltenhamRaces on Saturday.”

There were several withdrawals ahead of the race and the field looks to have been opened up by Dynaste’s non-appearance.

The 20 named runners are headed by top weight and 2012 Queen Mother Champion Chase winner Finian’s Rainbow, one of three from Nicky Henderson’s stable along with Rajdhani Express and Nadiya De La Vega.

Jonjo O’Neill’s respected Johns Spirit is included along with Martin Keighley’s Champion Court, who is tipped for a big race this weekend.

Katenko was also pulled out by trainer Venetia Williams, but she still has Carrickboy in the field, while Texas Jack, Walkon and Double Ross also miss out along with Irish-trained Sean Airgead and Richard Rowe’s Tatenen.

Wishfull Thinking, Conquisto, Battle Group and Tap Night are all among the hopefuls, while John Hanlon’s Hidden Cyclone will travel over from Ireland for the contest.