Big Shu being primed for Festivals 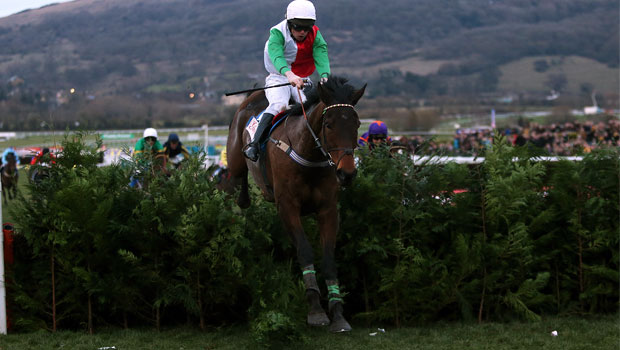 Big Shu trainer Peter Maher says his eight-year-old will prepare for the big Cheltenham and Punchestown Festivals next year in a similar fashion to his successful 2013 campaign.

Big Shu impressed when winning the cross-country chases at both Cheltenham and Punchestown in the spring, and Maher hopes a similar build-up over the next few months will mean his charge is ready for those big meetings again.

The talented runner warmed up early on this year by finishing second in a cross-country event at Punchestown in February, before then landing the Glenfarclas Handicap Chase and the La Touche Cup.

Maher hopes for an equally-good prep in 2014 as he confirmed Big Shu will not be out again until the New Year.

“He’s in good form, but won’t come out until January,” he said. “That’s what we did last year and it worked well. He started off in a point-to-point last year, but he can’t now because he won in Cheltenham.

“He’ll probably go for a hurdle and then back for a cross-country race at Punchestown again. It will be a similar route, I’d say.”

Big Shu’s fans will hope everything goes smoothly ahead of another crack at the Cheltenham Festival in March but Maher admits the ground will need to be taken into consideration when planning his trip to Prestbury Park.

The horse prefers heavier going and Maher says faster conditions do not suit his charge.

“It depends on the ground whether he goes to Cheltenham again,” he added. “He can go on heavy and he can go on good. I wouldn’t want it quick for him.

“More than likely it will be the same plan again.”