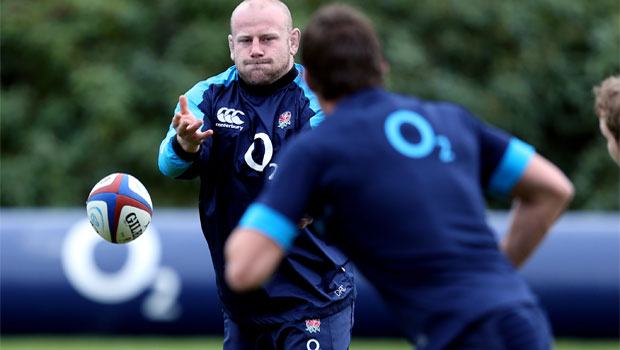 Dan Cole comes into the England side in place of David Wilson for the final autumn international against New Zealand on Saturday as head coach Stuart Lancaster makes just one change.

Cole replaces Wilson at tight-head prop for the Twickenham showdown, while hooker Dylan Hartley – earning his 50th cap – keeps his place in the side after an impressive return against Argentina last weekend.

Loose-head Joe Marler, meanwhile, has been passed fit to play despite suffering a mild concussion in last week’s win over the Pumas, but Alex Corbisiero and Mako Vunipola are both out with knee injuries.

Wasps prop Matt Mullan is among the replacements on the bench alongside Leicester scrum-half Ben Youngs, but Danny Care does not make the squad of 23.

England will be up against one of the most feared sides in international rugby but will take heart from their victory over the All Blacks last year and Lancaster says a fervent home support can again help his players put on what will have to be a top display if they are to secure another famous win.

He said: “We have had some enforced changes with Alex Corbisiero and Mako Vunipola unavailable and we have been unable to consider a number of players due to short and long term injuries.

“But we are ready for the challenge of playing a top quality side in New Zealand and are excited about playing at Twickenham.

“The atmosphere was amazing for this game last year – the crowd made a real difference and I’m sure they can help inspire us again on Saturday.”

New Zealand veteran fly-half Dan Carter will make his 100th appearance in the clash and the visitors have made just one change too, with Julian Savea replacing Cory Jane on the wing from the side that beat France in Paris last time out.