Horse Racing: Path to Ledger laid out for Bamford starlet 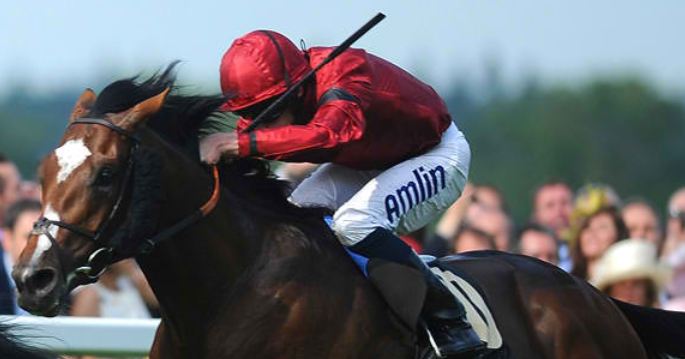 Connections of Feel Like Dancing have revealed the three-year-old is pencilled in for the St Ledger but will first have to negotiate the Voltigeur Stakes at York next month.

The John Gosden-trained colt has enjoyed an impressive season, winning on his debut at Newbury back in April.

After three mixed showings over varying lengths and at different locations since his maiden victory, Feel Like Dancing struck again at Newmarket last week when edging out Jathabah to claim the Group Three Bahrain Trophy.

The victory in the one-mile-five-furlong contest saw him included in the betting for the final Classic of the year, the St Ledger.

Hugo Lascelles, racing manager to owner Lady Bamford, admits a run in the big race at Doncaster in September is a possibility but the main priority for now is the traditional Ledger test, the Voltigeur, on August 21.

He said: “Feel Like Dancing will be entered for the Ladbrokes St Leger.

“He has come out of Newmarket fine and I thought the performance was good. He is learning all the time and still a bit mentally immature. When he hit the front, he looked around a bit and I don’t think he would ever win by too far.

“We are seeing how the land lies at the moment but he could run in the Neptune Investment Management Great Voltigeur Stakes next.”

The Group Two event at the North Yorkshire course could be a competitive contest, with Sir Michael Stoute’s Telescope pencilled in as he continues his return following a 10-month lay-off.

Libertarian and Galileo Rock are also early entries, while the highly-rated Battle of Marengo will be looking to end the year on a high after being edged out at the Derby and King Edward VII Stakes.