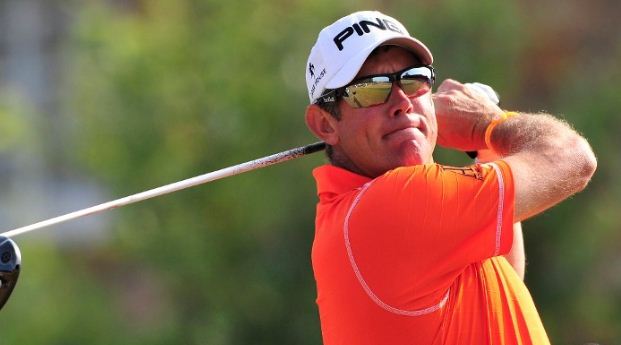 Lee Westwood will take a two-shot lead into final round of Open Championship after a third-round one-under-par 70 but he has Hunter Mahan and Tiger Woods breathing down his neck.

The Englishman will be aiming to break his major duck at Muirfield on Sunday having come close in the past, the 40-year-old finishing runner-up at the Masters and Open in 2010.

The former world number one has now given himself a golden opportunity to erase those painful memories after a fine round on Saturday, which included a superb eagle at the par-five fifth.

Westwood engaged in an absorbing battle with playing partner Woods, who could have been within a shot of the Brit had he not faltered at the 17th on his way to a one-over 72.

Fourteen-time major winner Woods is joined by fellow American Mahan, who shot arguably the round of the day with a three under 68 to add to the scores of 72 he carded in the first two rounds.

The trio are the only three players under par going into the final day, with the hot weather in East Lothian drying out the greens, while the rough has been unforgiving.

Plenty of players struggled on Saturday with the course, with overnight leader Miguel Angel Jimenez’s challenge all but ending due to a third-round 77.

Despite the course taking no prisoners, Westwood is trying to stay calm, claiming he will treat the final round as if it were any other.

“I know what it takes [to win a tournament]. It’s about believing you’re good enough to win. Tomorrow is just another 18 holes. I’ve just got to go out with composure and try to believe I can win a major tournament,” said the third-round leader.

As for Woods, he is expecting another tricky day on Sunday as he bids to come from behind in the final round at a major to win for the first time.

“I’m a couple back and there’s one guy ahead of me and I’ll have to play a solid round of golf. But I don’t know about a number because it depends on the conditions, we’ll see what they do tomorrow,” said the three-time Open champion.