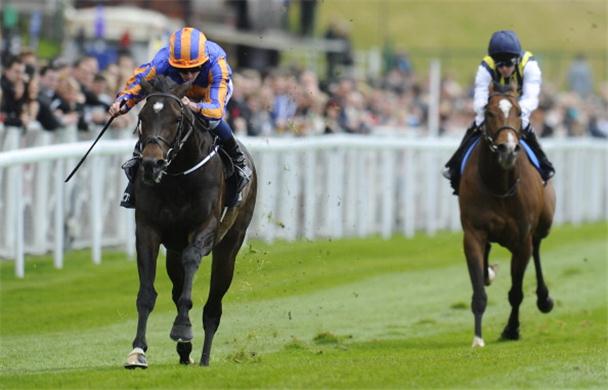 The contest, which this year is named in honour of the late Sir Henry Cecil who passed away last week, has attracted a field of 15 runners, most of whom are certain to stay the distance of the Group 3 race.

One of those is Disclaimer who showed no signs of stopping at the end of his prep race at Goodwood last month, and who is now trained by Cecil’s widow Lady Jane. Two winners of this race emerged from Warren House in the nineties, and Disclaimer will be a popular choice to add to the tally, and of course give the stable a second success this week after that of Riposte on Thursday.

The stumbling block for the Cecil inmate though is Leading Light, who tops the ratings on a mark of 110, eight pounds ahead of Disclaimer. Aidan O’Brien’s charge made virtually all of the running to land the Group 3 Gallinule Stakes at the Curragh last time, and looked every inch a useful stayer in the making.

O’Brien had a choice of options for Leading Light over a variety of distances this week, but has relied on the judgement of his team at Ballydoyle to have targeted the right race.

He said: “The lads went through everything and split the horses up. It’s good to have runners in different races.

“His two runs this year have been over a mile and a quarter, but he’s a relaxed horse who doesn’t mind going off in front and he gets very lazy.

“This was just another option open to him, rather than run two of them in the King Edward VII.

“He might relax and get the two miles, even though he probably doesn’t need it.

“He only has a small penalty for winning his Group race and he’ll be an exciting one to see what does happen.”

On the evidence so far, there really should be no doubt that he will stay and prove the one to beat in the penultimate race on day four at the Royal meeting.