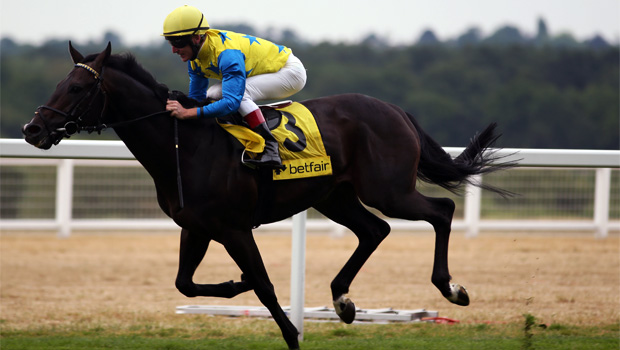 The Andreas Wohler-trained colt is no stranger to success in the UK this season, having destroyed a quality field at Ascot in the King George VI and Queen Elizabeth Stakes at Ascot in July.

The four-year-old did not impress as much when winning the Grosser Preis Von Baden under jockey Eduardo Pedroza exactly a month ago, but Jonny Murtagh, on board at Ascot, will be back in the saddle on Sunday.

“The horse is very well and he did his last piece of work yesterday.
Everything has gone smooth and fine since his last race and hopefully it will for the next couple of days so we are looking forward to Sunday,” Wohler said.

“He’s a different type of horse since Baden Baden. It was a Group One race but we treated it as a prep race. A single figure draw would be perfect, I don’t think anybody would be happy with an outside draw.

“Johnny did everything right at Ascot, I spoke to him yesterday and he’s really looking forward to it. He hasn’t been to Germany to ride him but we’ve spoken a couple of times to keep him up to date.

“Orfevre couldn’t be more impressive in his trial and he’s a horse with a lot of class. We just need a bit of luck, like everybody.”

A total of 21 horses stood their ground at Tuesday’s declaration stage including Japanese star Orfevre who was just touched off in the big race 12 months ago. As Wohler said, he was most impressive in the Prix Foy on Arc Trials day and is currently the ante-post favourite.

Fellow Japanese raider Kizuna was also successful on the same day, taking the Prix Niel ahead of Ruler Of The World, one of Aidan O’Brien’s four possibles. St Leger hero Leading Light is set to be supplemented by Ballydoyle on Thursday, as is leading fancy Treve, trained by Criquette Head-Maarek and the mount of Frankie Dettori.