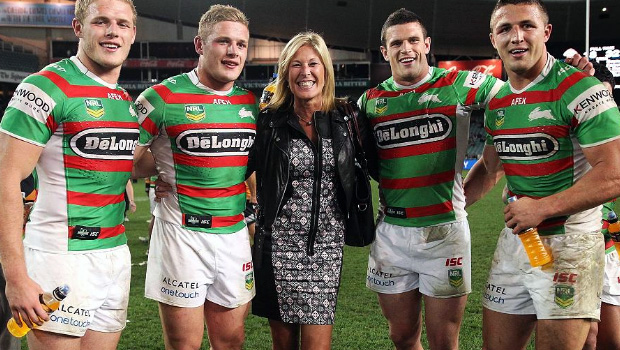 Three of the four Burgess brothers have been called up into the 24-man England World Cup squad announced on Tuesday.

All three, twins George and Tom, and older brother Sam, currently play for South Sydney in Australia, having all previously began their careers with Bradford.

The triple call-up means that the Dewsbury-born brothers emulate the Henderson brothers Kevin, Ian and Andrew, who were called up for the Scotland World Cup squad in 2008. However, they would have made history had fourth sibling Luke been drafted in as well, but England coach Steve McNamara opted not to include the former Leeds prop in his plans.

George and Tom, the two younger brothers, are the only uncapped players in the squad, and in truth McNamara has caused a bit of a shock including him, while omitting the vastly-experienced Huddersfield prop Eorl Crabtree.

McNamara said: “After three years of excellent preparation and the success of the England elite training programme during that period, we are ready for the Rugby League World Cup 2013.

“We are fully aware that the Rugby League World Cup 2013 will be fiercely contested and that this squad will need to work extremely hard and play to a very high level to win the tournament and we believe we have selected a squad capable of doing just that.

“As we have seen in previous tournaments, we will need all members of the squad ready to step up and make vital contributions and we feel that all 24 players have the ability to do that.

“To have a World Cup on home soil is a massive opportunity for the sport and I hope the public will turn up in their numbers and show their support for England.”

Most of the England squad will fly out to their training camp in South Africa on Wednesday, with the Wigan and Warrington players involved in Saturday’s Grand Final joining them early next week.

England have a warm-up game against Italy at Salford on Saturday, October 19 – a week before their opening match against Australia in Cardiff.