Warrington v Wigan: Sean O’Loughlin likely to be back for Grand Final 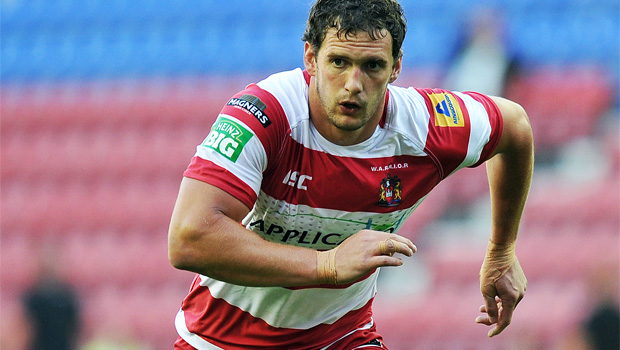 Wigan Warriors captain Sean O’Loughlin may return from injury to play in Saturday’s Grand Final against Warrington at Old Trafford.

O’Loughlin missed most of the second half of the Super League season with knee and Achilles problems but returned to help the Warriors beat Hull 16-0 in last month’s Challenge Cup final. He has been wearing a surgical boot to protect his foot and will be monitored before a decision is made on his participation at the weekend.

Coach Shaun Wane knows the importance of his skipper, and he said of the loose forward: “We’ll check on him today.

“He’s having another scan and we’ll run him tomorrow and see how he is.

“I’d like to know tomorrow if I could but, if he needs another day, then so be it. If we can get him on the field, then we will.”

Wigan full-back Sam Tomkins will be wearing a Wigan top for the last time after signing a deal to play in the NRL next season, and he too knows the value of O’Loughlin to the side.

“I’d love Lockers to be playing,” he said.

“I’d be disappointed if he doesn’t make it. It would mean that I’d lead the team out but I’d much rather have Lockers playing.”

Wigan will bid to emulate arch-rivals St Helens on Saturday as they were the last club to do the Challenge Cup-Grand Final double in 2006.

Warrington have won the Challenge Cup three times in the last five years, and went close to completing the double themselves 12 months ago but were beaten by Leeds in the Grand Final.

Coach Tony Smith is hoping that they can land a first championship since 1955.

“You would hope that you’d learn something each time you come particularly to this place,” he said.

“It is different but it’s still down to playing good rugby league on the day. That’s what the focus has got to be on.

“We’ve had some terrific matches with Wigan over the last few years and I think a lot of people will be really happy to see this match-up.

“There have probably been some of the better games of the season when we play each other so Saturday should be a cracker.”