Posted by chris schweizer on December 1, 2013 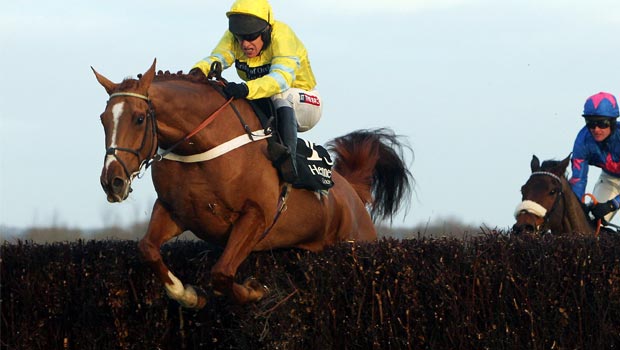 Connections of Triolo D’Alene have revealed that the Grand National is still under consideration, despite upsetting plans for the world’s greatest steeplechase with a crack at the Hennessy Gold Cup at Newbury on Saturday.

It did prove to be a wise decision though as Triolo D’Alene outlasted Rocky Creek to win by two-and-three-quarter lengths, with Theatre Guide in third ahead of Highland Lodge.

Trainer Nicky Henderson has been ruing his bad luck of late after a number of second-placed finishes for his string, while the highly regarded West Wizard was also defeated, but that was all put to the back of his mind with Triolo D’Alene’s fabulous win.

The success also charts a double for both he and jockey Barry Geraghty after the pair teamed up with Bobs Worth to land the same race 12 months ago, although the latter has admitted it was a tough decision to pick the winner, having also had the option to ride Hadrian’s Approach.

“It was the toss of a coin – I really fancied both of them,” he said. “Sadly Nico (de Boinville) was given no chance on (Hadrian’s Approach). On that ground and on a stiff track, the horse finds it so easy.”

Henderson has admitted that Geraghty has been lining up Triolo D’Alene for the National all year, while he himself sees it as a very real consideration.

“After he won the Topham at Aintree last season we started to think about the National, and we will think about it,” Henderson said.

“Barry has been begging me all year to save him for the National and we were looking at Aintree next weekend. I didn’t do what I was told, but the Hennessy is very special.”