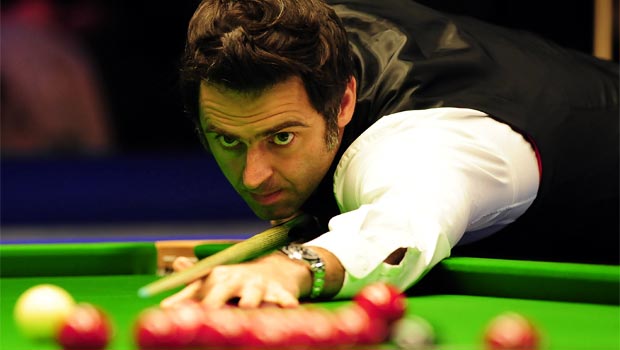 Much has been made of the new format for the UK Championships but world champion Ronnie O’Sullivan has admitted he would like to see more players as it won’t be long before his career ends.

A number of the world’s top players have criticised the new format, which will see 128 players involved from the off rather than 32, with Judd Trump describing the set-up as a ‘circus’.

The game’s authorities have admitted there will be teething problems but insist the new format is here to stay to help for the ‘global benefit of the sport’.

O’Sullivan for one though is not complaining as he has admitted he will be putting away the cue for good in the not too distant future, and is relishing the prospect of watching others having to suffer.

“I think they should increase it and open it to more players because my time in the game is out so I’d like to see them suffer more,” O’Sullivan said.

“If I was 20 and had this format I’d be devastated but now I’m 38 it doesn’t make much difference to me and I get some sadistic pleasure out of watching everyone go through it.

“I can understand some of the players’ frustrations, but I’m looking forward to the next phase in my life, which is less snooker.”

The Rocket had no problems in booking his place in the second round as he eased past amateur Rhys Clark in clinical fashion, winning 6-0.

Such was his dominance that his focus quickly turned to picking up a £55,000 bonus with a 147 clearance, although ultimately it was something he was unable to do in his opening match.

“From the second frame my focus was on a 147,” O’Sullivan added.

“The school fees have been paid last week and I thought I’ll get a bit of Christmas money this week.”

Ali Carter also won 6-0, beating Jimmy Robertson in the second round, and he will be joined in the last 32 by David Morris, Graeme Dott, Barry Hawkins and Liang Wenbo.