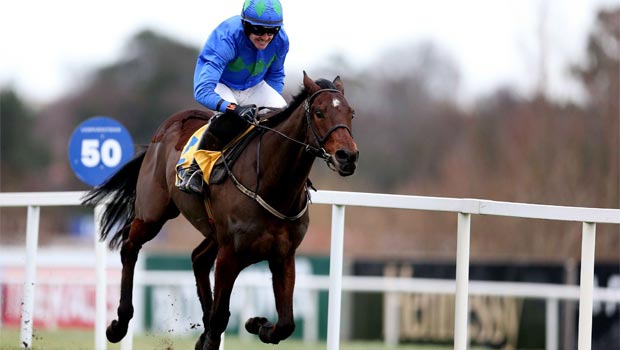 Willie Mullins believes Hurricane Fly, despite not being at his best in winning Sunday’s Ryanair Hurdle, will improve as the season moves towards bigger tests, concluding with the Champion Hurdle at the Cheltenham Festival.

The Mullins-trained gelding recorded an 18th grade one success at Leopardstown, beating young pretenders Jezki and Our Conor in a tactical race that saw Hurricane Fly give a total of nine years away to the two most promising young hurdlers in Ireland yet still admonish a sound beating.

Three days before Hurricane Fly’s tenth birthday, Jezki trailed in second by two-and-a-half lengths with Our Conor, the brilliant winner of last season’s Triumph Hurdle at Cheltenham, another three-and-a-quarter lengths behind the veteran.

His jockey Ruby Walsh believes there is better yet to come and Mullins also revealed that the horse had taken the race in his stride.

“He’s never gone and shown at Cheltenham what he shown everyone here,” Walsh said afterwards. “Some day, he’ll go there and blow you away.”

Mullins, speaking the day after the victory, revealed that Hurricane Fly had lost a little bit of weight after the run, but was eating normally and in fine fettle for the important months of festival preparation ahead.

He told At The Races: “It was a very taxing race and obviously Jezki got into trouble but Our Conor had a very clear run and our fellow just had way more tactical speed than the two of them yesterday and we know he stays. I’m very happy with the position anyway.”

According to British Horseracing Authority handicapper Phil Smith Hurricane Fly performed to a mark of 170, 5lb below his best, but Mullins believes that the son of Montjeu has more improvement than that left in the locker.

“There’s easily that left to work on. I’ve been saying that this fellow is stronger than he ever was before, it’s extraordinary for a horse his age but knowing what we’ve been doing with him and I think there’s plenty left.

“I’ve been saying that all along and I’m happy with that,” he added.

Hurricane Fly is now set to return to Leopardstown later this month in an attempt to win a fourth BHP Insurance Irish Champion Hurdle before heading to Cheltenham for the Stan James Champion Hurdle in March.