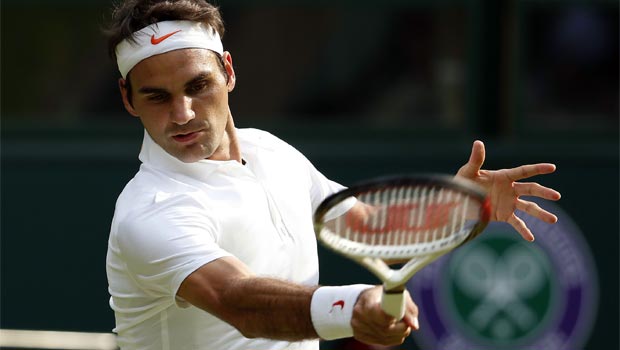 Roger Federer is gearing his entire 2014 season towards winning an eighth Wimbledon title, with the former world number one hinting his best route for tournament success would be to play more serve-and-volley tennis.

The 17-time Grand Slam champion recently hired Swedish star Stefan Edberg, considered the best serve-and-volley player of his generation, as another 80s icon joins the ranks of coaching one of the current top names in the sport.

Edberg, 46, won six Grand Slam titles between 1985 and 1992 when he rivalled Boris Becker, now working with Novak Djokovic, and Andy Murray’s coach Ivan Lendl for the biggest titles around.

Federer said: “Let’s say I play my best, probably I always feel that Wimbledon is going to be my best chance.

“Then the US Open, Australian Open, and then the French Open.”

As for his latest appointment, Federer added: “It’s going to be interesting to see what he (Edberg) thinks.

“If it’s possible to play a lot of serve and volley on the slower courts we see all around the world now, or if there are different ways for me to find my way to the net.

“I’ve tried many things. We can debate with Severin Luthi, my coach, about ways to come to the net or not.”

Federer doesn’t see any new names coming through to challenge the established big three, plus himself, in the big tournaments, but feels Murray may not be physically ready for the gruelling task ahead of them all at the Australian Open.

Murray has just returned from a four-month absence following back surgery.

“Australia is going to be a huge test for him now because it’s best-of-five set matches,” added Federer, who begins his preparation for Melbourne at the Brisbane International event.

“I think Rafa (Nadal) and Novak (Djokovic) are going to be the ones to beat this season, particularly in the beginning.

“Then, as we move forward, you have to see if they stay injury-free and keep on winning.”