Horse Racing: McCoy leaning towards My Tent Or Yours 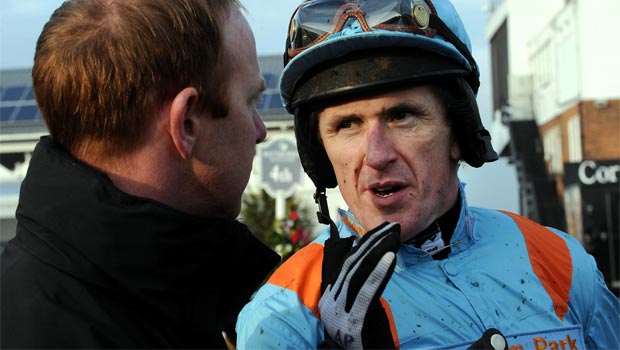 Tony McCoy has indicated he is likely to saddle My Tent Or Yours rather than Jezki in the Champion Hurdle on the opening day of the Cheltenham Festival.

The champion jockey has been weighing up which of JP McManus’ rookie hurdlers to go with for some time, with both having gone well at Cheltenham last year.

Both ran in the Supreme Novice’ Hurdle 12 months ago and came up just short behind Champagne Fever, My Tent Or Yours finishing second while Jezki was third.

Both have gone on to have some big victories since then, Jezki winning three on the bounce after being placed at Prestbury Park before coming up short against Hurricane Fly at Leopardstown in December.

The six-year-old followed up that second-place finish with a disappointing fourth in the Irish Champion Hurdle which seems to have persuaded McCoy.

While Jezki appears out of sorts, My Tent Or Yours has looked in great form ahead of this year’s Festival, winning his last three races, including the Christmas Hurdle and Fighting Fifth Hurdle.

The seven-year-old has a chance to extend his record to four unbeaten on Sunday when he runs in the Jumpers Bumper at Kempton Park, a race for which McCoy will be on board.

Barring any major disasters at Kempton this weekend, McCoy has revealed the partnership is likely to be renewed for the Champion Hurdle in March.

“I probably am going to ride My Tent Or Yours in the Champion Hurdle. I know Jezki is in there as well and I wouldn’t rule out him running well, I just think he’s a horse that would be better ridden a little bit differently,” he told At The Races.

“He won the Hatton’s Grace over two and a half miles and he stays really well, he might benefit from being ridden a little bit more positively.”